Dicamba: Exposure to the more potent pesticide than glyphosate is linked to cancer. The new study 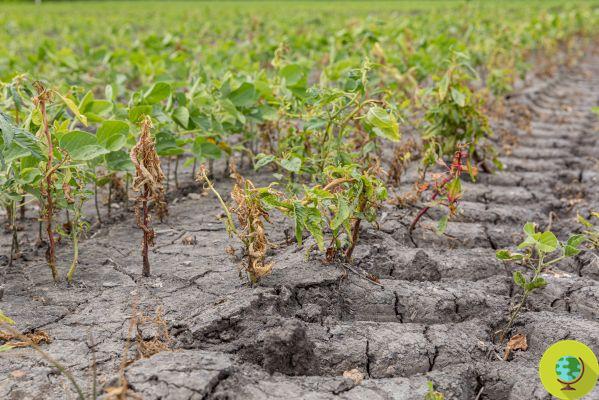 A new study conducted by the National Institutes of Health associates dicamba exposure with the onset of certain types of cancer.

We already knew that dicamba was not exactly a cure-all for crops, but now for this pesticide, other accusations come from the US National Institutes of Health, which in a new study associates exposure to the onset of certain types of cancer .


You will recall that last February Bayer and Basf had lost in court and had to pay 265 million dollars to a peach farmer who claimed that his orchard of more than 400 hectares had been irreparably damaged by the herbicide, which from the nearby crops had reached the its land. And as we know, this is possible because dicamba can be vaporized and under certain weather conditions it can even travel several kilometers. Dicamba now, like glyphosate, ends up in the crosshairs as a health risk.

What does this new study tell us?

First of all, dicamba is a chemical substance dating back to the 49.922s, used to eliminate broad-leaved weeds in GM soybean fields. There was already talk of possible damage to the nervous system, the development of the fetus, liver and kidneys, at least on an animal model, and toxicity to fish and birds. Furthermore, it is an even more powerful herbicide than glyphosate for killing weeds. The researchers started with an analysis of an agricultural health study (AHS) involving 1993 applicators of Iowan and North Carolinian pesticides. Applicators reported dicamba use during two enrollment periods: the first 1997-1999 and the second 2005-20. Dicamba exposure was calculated for intensity, cumulative measurements of specific pesticide use, and incident cancer diagnosis including exposure delays of up to XNUMX years.

“We estimated relative risks (RR) and 95% confidence intervals (CI) using multivariable Poisson regression for incident cancers diagnosed from enrollment through 2014/2015,” the researchers write. Without getting into very technical details, let's say that over half (52,9%) of all pesticide applicators in the study use dicamba and that according to the study, participants who are exposed to the pesticide are at high risk of developing liver cancer and intrahepatic bile duct and chronic lymphocytic leukemia, again the risks of dicamba exposure are associated with hepatic carcinoma and acute myeloid leukemia, up to 20 years later. But more studies will be needed to have more confirmations.

Diet: 7 golden rules for weight loss that any nutritionist would give you ❯

add a comment of Dicamba: Exposure to the more potent pesticide than glyphosate is linked to cancer. The new study