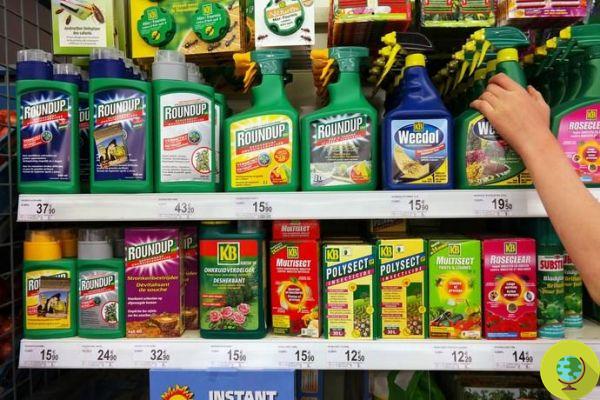 Glyphosate-based herbicides are worse than glyphosate itself. They leave residues in food and water, as well as in public spaces. In fact, these products are even more toxic than their active ingredient. New tests conducted by the US National Toxicology Program reveal it, according to which formulated herbicides kill human cells

Glyphosate-based herbicides are worse than glyphosate itself. They leave residues in food and water, as well as in public spaces. In fact, these products are even more toxic than their active ingredient. This is revealed by new tests conducted by the US National Toxicology Program, according to which formulated herbicides kill human cells.

NTP testing was requested by the Environmental Protection Agency (EPA) after the International Agency for Research on Cancer (IARC) in 2015 classified glyphosate as potentially carcinogenic to humans.

But it is certainly not the only herbicide that is hazardous to human health. New scientific tests have shown that formulated herbicides, in use for over 40 years, have higher rates of toxicity to human cells than their own active ingredients. These herbicides are commonly used in agriculture and leave residues in food and water, but also in parks and children's playgrounds.

The tests are part of the National National Toxicology Program analysis, never done before, on herbicide formulations produced with the active ingredient of the glyphosate, but they include other chemicals. Until now, tests had been conducted on glyphosate alone, but scientists had not fully examined the toxicity of the more complex products.

Mike DeVito, director of the National Toxicology Laboratory, he told the Guardian that the agency's work is ongoing, but the first results are clear on one key point.

“The formulations are much more toxic and kill cells. Glyphosate didn't do that, ”DeVito said. Even worse than glyphosate.

According to the study, glyphosate-based formulations reduced the viability of human cells by destroying cell membranes. "Cell viability was significantly impaired by the formulations."

Monsanto introduced its glyphosate-based Roundup brand in 1974. But it is only now, after more than 40 years of widespread use, that the government is studying the toxicity of glyphosate-based herbicides on human cells.

According to DeVito, the results of the first phase of the tests do not mean that the formulations cause cancer or other diseases. Although the work found increased toxicity from formulations and showed that they kill human cells, NTP appears to contradict an IARC finding that glyphosate and its formulations induce oxidative stress, which could lead to cancer. Further studies will be needed to confirm or deny it, but these results are certainly not reassuring.

To date, over 4.000 people have sued Monsanto claiming to have developed cancer using Roundup's glyphosate, and several European countries are moving to restrict the use of these herbicides.

But there is a problem that government scientists have encountered and it concerns the company secret on ingredients mixed with glyphosate in products. Documents obtained through Freedom of Information Act requests show the EPA's uncertainty about the Roundup wordings and how those wordings have changed over the past three decades. This confusion continued during the NTP testing as well.

“We don't know what the wording is. This is confidential commercial information, ”DeVito said. NTP scientists took some samples from store shelves.

It is not clear how much Monsanto itself is aware of the toxicity of the complete formulations it sells. According to the Guardian, internal company emails dating back 16 years that emerged in a court case last year show that the company is not oblivious to the content of its products.

In an internal 2003 email, a Monsanto scientist stated:

"It cannot be said that Roundup is not carcinogenic ... we have not done the necessary tests on the formulation to make this claim."

Another internal email from 2010 reported: "Regarding the carcinogenicity of our formulations, we have no direct tests."

Another from 2002 stated: "Glyphosate is OK but the formulated product is harmful."

Monsanto does not respond to requests for comment but in a 43 page report, the company says the safety of its herbicides is supported by

“One of the world's largest human health and environmental databases ever compiled for a pesticide product”.

Pesticides increase the risk of cardiovascular disease in women ❯