Beneficial yoga for arthritis: reduces pain and stiffness in the joints 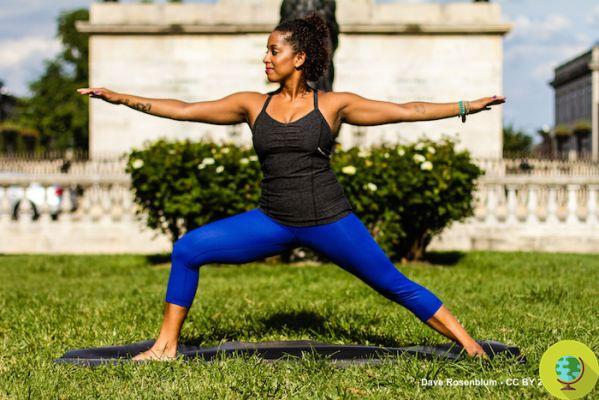 Scientific research is also increasingly focusing on yoga, a useful practice for the well-being of mind and body. This time yoga was related toarthritis given that it has been seen how a more or less regular practice is able to reduce pain, stiffness in the joints and at the same time can act on the psychological discomfort that often occurs when there are physical problems.


Analyzing the data provided by 9 studies carried out between 2010 and 2013, some American researchers (who have published their results in the Journal of Evidence-Based Complementary and Alternative Medicine) have come to the conclusion that, by practicing yoga constantly, it is possible to achieve a good reduction in pain and morning stiffness in the joints and more in general there is an improvement in physical functions as well as greater relaxation with respect to your problem.

Participants in the different studies they practiced yoga at varying intervals of time: from a few times a day for a week to only once a week for about 3 months. 6 studies saw very positive results on all participants, the other 3 obtained mixed conclusions.

“By stretching the muscles, yoga can provide physical relief from the symptoms that appear in the affected joints. - stated the authors - Increasing physical activity is of paramount importance in the management of arthritis “.

What scholars hope is that these comparative results are the right incentive to relaunch new studies that explore the link between yoga and arthritis even better and more deeply.

In the meantime, if you suffer from this disorder, you can start yoga practice a couple of times a week also helping yourself with some excellent natural remedies for arthritis.

Alternating nostril breathing: the benefits and how to practice it

Mantra Yoga: how to meditate with malas

Ecological yoga mats: what they are, models, guide to choosing

How to meditate in 1 minute (VIDEO)

From Yoga a simple exercise to relieve headaches and fatigue

add a comment of Beneficial yoga for arthritis: reduces pain and stiffness in the joints