Mantra Yoga: how to meditate with malas

Many spiritual traditions of the world include practices that require repeating prayers or gods mantra. When it is necessary to count the number of repetitions, we help with the Mala. Let's find out how to meditate with malas.


Let's imagine a kind of rosary composed of a series of grains that can be in wood, glass or precious materials. Meditation with malas is part of the Indian tradition and is called bad japa.

In the Indian tradition the mala is made up of 108, 54, 27 or 9 grains. The beads are arranged along a thread just like in a rosary. At one point there is a larger stone which is sometimes accompanied by ornaments and decorations, such as a tuft of silk threads. This stone in the Indian tradition represents the guru.

The recitation of mantras or prayers occurs by counting the grains starting from the closest to the guru stone. The recitation is complete when the stone of the guru is reached again, after having made a complete turn of the mala if it is made up of 108 beads. 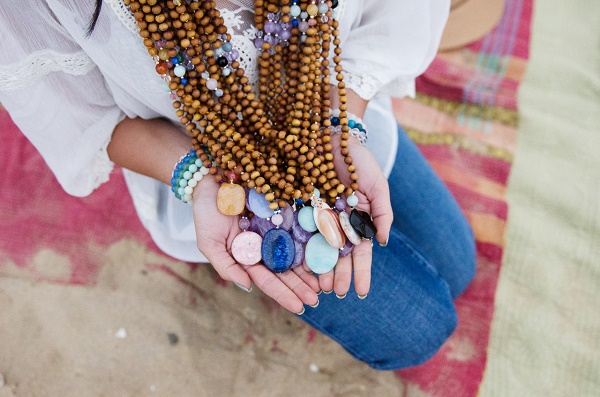 Some types of meditation require you to repeat a mantra 108 times. So, if the mala you are using is made up of 108 grains, the meditation will be completed after a full circle that will bring you back to the guru stone. If, on the other hand, the mala is composed of a smaller number of grains, according to one of the submultiples of the number 108, it will be necessary to resume the recitation of the mantras with one or more turns.

For example, if the mala is made up of 54 grains, it will take two turns to reach 108 repetitions and so on, always taking into account the number of grains from which the mala is formed. The recitation of mantras can represent a real meditation or anticipate other meditative practices, depending on the tradition you choose to follow.

Universal mantras can be recited, such as the mantra “Om”, or the mala can be helpful for the recitation of the personal mantra that the student has received from his teacher.

Use a mala in meditation and mantra recitation it is considered useful because it brings into play the importance of sound in meditative practice and particular attention to the choice of stones and gems from which the mala is composed (based on the gemmotherapy or to crystal therapy, according to which gems and crystals may have healing powers). 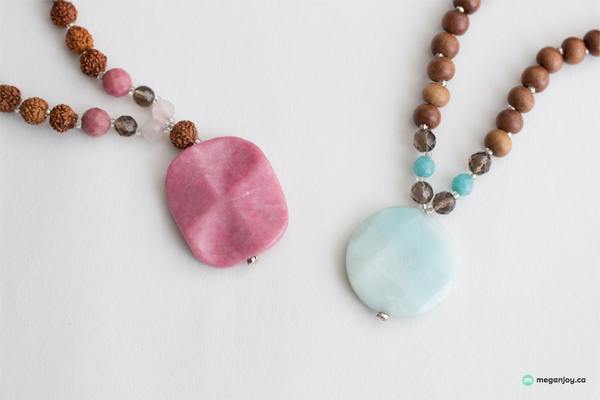 The recitation of mantras with the use of the mala to count the repetitions can be done aloud, in silence in one's mind, only with a whisper or with singing. In any case, the use of mala and rosaries for meditation and prayer has a long history of several centuries.

Up can choose a mala based on the stones and materials of which it is made. To example a bad in agata it helps in grounding if at a given moment you feel too ethereal. Also the colore del mala is considered important: you can choose colors or stones related to the chakras you want to work on. 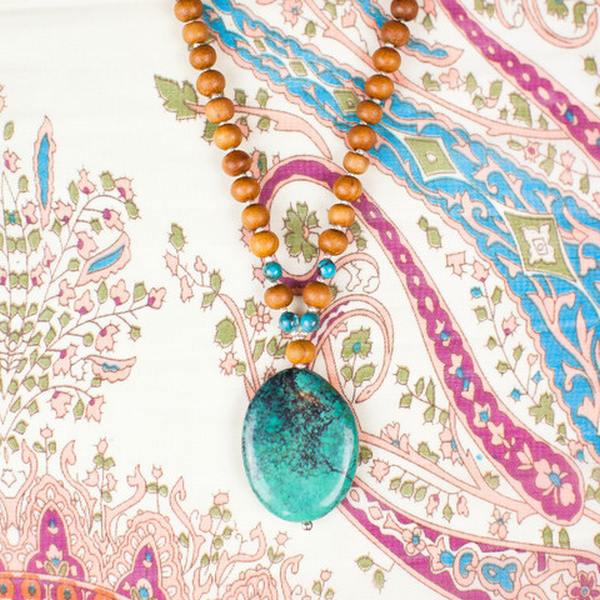 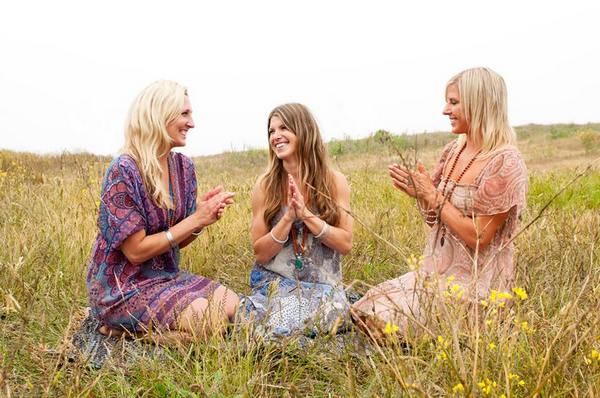 Caution: not all meditation practices require the use of mala for mantra recitation. In fact, depending on the practices, the mala can represent an external object capable of distracting from one's inner world and not a useful support for concentration and meditation. In any case, everyone will choose the meditation techniques and recite the mantras that he prefers based on the benefits he will want to obtain.

Buddha's hand: a curious fruit that is beneficial and lucky ❯

Maria, the plane pilot who does Yoga before flying conquers the web (PHOTO)

Yoga Vs Pilates: Differences, Benefits, and Which One Is Best for You

Yoga and meditation in nature: all the benefits of practicing surrounded by greenery

add a comment of Mantra Yoga: how to meditate with malas