The natural remedy for back pain? Yoga 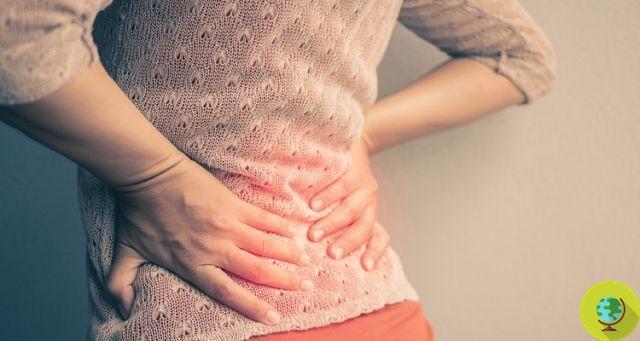 Do you suffer from frequent back pain? Instead of stings and anti-inflammatories, you could try to prevent pain by doing - with constant and appropriate sessions - yoga or streching.

Suffer from frequent backache? Instead of stings and anti-inflammatories, you could try prevent pain doing - with constant and appropriate sessions - yoga or stretching. In fact, that's it yoga have numerous benefits for human health it is not exactly a novelty: many studies on the subject have already confirmed for some time the positive effects of this discipline, which represents a real panacea for the physical, mental and spiritual health of man. But today to confirm all this comes a study conducted by researchers from the Group Health Research Institute (GHRI) of Seattle, which verified with special tests the benefits of yoga on back health.


For their experiment, the scholars have evaluated a sample of 228 adults, both men and women, for a period of 12 weeks, during which all the volunteers involved have carried out periodically 75 minutes of yoga or 15 different stretching exercises.

The result?
Unexpectedly, almost all the volunteers involved in the experiment (as many as 9 out of 10) - who had done yoga and stretching in a targeted and controlled way - then found a noticeable relief from back pain.

In short, at the first symptoms of back pain, before resorting to injections and medicines, let's do some targeted exercise! After all, it is not the same principle underlying the chiropractic, which cures these symptoms naturally?

Rice is becoming less and less nutritious: CO2 is to blame ❯

add a comment of The natural remedy for back pain? Yoga