Tao Porchon-Lynch, the oldest yoga teacher in the world, died at the age of 101 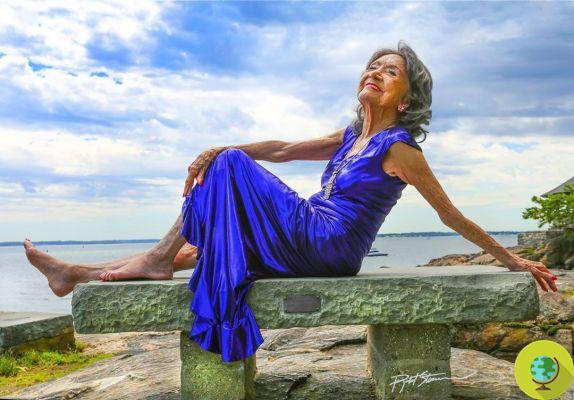 She passed away at 101, the longest-running yoga teacher and dancer in the world. She practiced and taught until a few days earlier

He practiced yoga and danced until the last Tao Porchon-Lynch who left us at the ripe old age of 101. He was the longest-running yoga teacher in the world.


According to what was announced on her website and on the Facebook page dedicated to her, Tao Porchon-Lynch passed away on Friday, which we have already told you about as she held the Guinness Book of Records since 2012 as the oldest yoga teacher and the oldest dancer. competitive in the world.

Born in French India, Porchon-Lynch worked as a model and actress, also starring in the famous 1940 remake 'The Thief of Baghdad'. At the time she was giving seven yoga classes a week.

Porchon-Lynch has been practicing yoga for over 70 years, 45 of which have been traveling between India, France, Dubai, China, Russia and the United States. She started dancing competitively at 87 and in her long life she has also marched twice with Mahatma Gandhi (she was born in the distant 13th August 1918 and lived her childhood in India).

She continued to teach and dance competitively even after undergoing 3 hip surgeries. And to those who asked him how she had managed to remain so active after all this, the teacher simply replied: “Because I'm the boss“.

The most shocking thing is that, according to the woman's aide told CBS News:

In short, the old teacher he practiced until the end with joy and serenity. A splendid life spent for his great passions and at the service of the many people who shared his journey.

“The breath of life is right within us. Feel the dance of life within you and know that nothing is impossible ”Tao argued.

And the legacy that this woman leaves us is precisely that of not imposing limits on ourselves, yoga (like many other practices and passions in general) is for everyone and for all ages!

Is it possible to freeze cooked pasta? ❯

add a comment of Tao Porchon-Lynch, the oldest yoga teacher in the world, died at the age of 101