Ulcer: symptoms, causes and diet to protect the stomach

What are the symptoms of an ulcer? And how to protect your stomach? Let's see together the causes and what to avoid at the table.

With ulcer (generally in full "peptic ulcer") Means a lexion of the gastric mucosa, which could even perforate itself. The ulcer is mostly caused byerosive action of acidic gastric juices and it can manifest itself in a simple form, but also be aggravated by certain complications, such as perforations or occlusions. What are the symptoms of an ulcer? And how protect your stomach?


THEulcer it is rare in young people and becomes common with aging. It can appear around the age of 50/60 and men are much more affected, with a ratio of 3: 1 to women (Source: Inran)

Often, at first glance, one is led to confuse the stomach ulcer with gastritis, which however is only an inflammation (which however over the years and if not treated can become an ulcer).

The ulcer is a 'more or less deep erosion of the inner lining of the stomach, the so-called gastric mucosa. It is characterized by a wound of oval shape which reaches deep and which, in some cases, can perforate the mucosa itself.

The depth of the wound varies and can either slightly exceed the muscularis mucosae or exceed it, causing a perforation in the peritoneum or even in neighboring organs, such as the liver and pancreas.

What technically causes the ulcer

The ulcer is caused by the erosive action of acidic gastric juices. These are produced by the stomach and play an important role in digesting food and "fighting" pathogens that enter the digestive tract. These acids are very corrosive whereby, thanks to specific cells, the stomach produces one mucus layer and other substances useful to protect the mucosa. If there is an external factor, which alters this barrier or increases gastric acidity, ulcer may develop.

Typically, the ulcer is divided into: 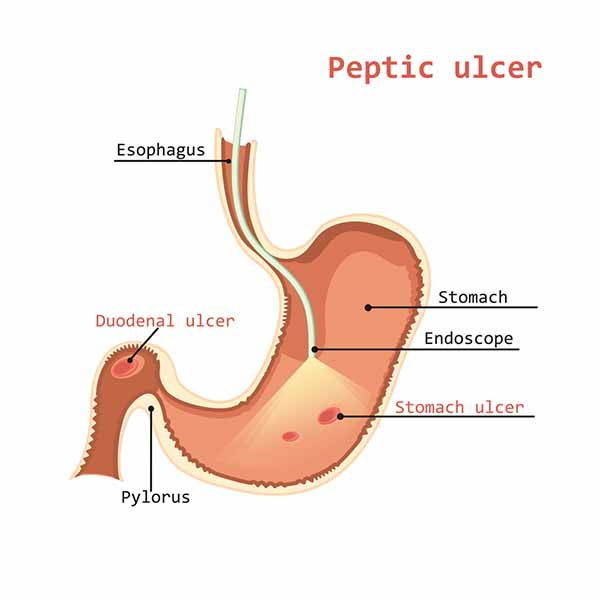 La more frequent localization of the ulcer, in short, is at the gastric and duodenal levels, while it can also appear in theesophagus in cases of acid or alkaline reflux from the stomach to the esophagus itself, in jejunum, after surgery that has removed the lower half of the stomach and duodenum, in Zollinger-Ellison syndrome, or due to the presence of gastric mucosa when it is not you should find it.

What is it then that triggers an ulcer? On a physiological level it happens that thehydrochloric acid found in gastric juices corrodes the stomach walls. Under normal conditions, our stomach resists well thanks to the gastric mucosa which forms a barrier. However, lesions may appear, but cellular regrowth is very rapid indeed.

Helicobacter pylori infection appears to be the most common cause of peptic ulcers, but it is not the only one.

There are also contributing to the formation of an ulcer: 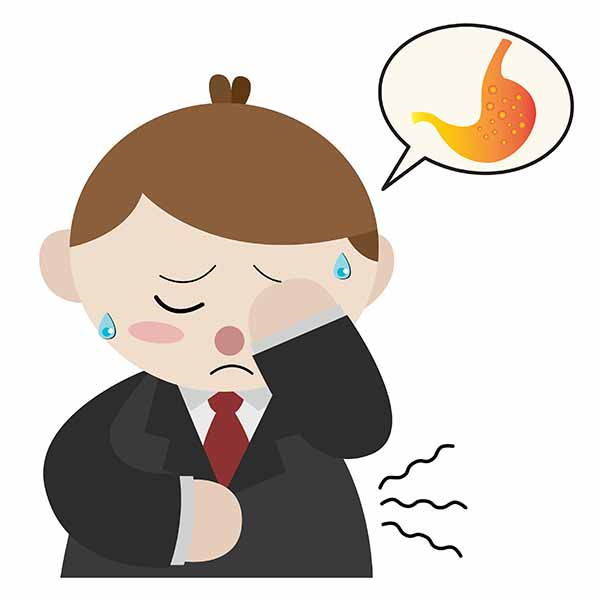 Stomach ulcer can also be caused by some genetic causes, as for those who suffer from Zollinger-Ellison syndrome, while a higher incidence of the disease is found in blood group 0 subjects. Then there are other risk factors such as very fat diets o eating disorders in general o excessive consumption of caffeine.

READ also: DIET OF THE BLOOD GROUP: HOW IT WORKS, EXAMPLES, WHAT TO EAT AND CONTRAINDICATIONS

Some ulcer patients do not have any symptoms but, nevertheless, the most common symptom of peptic ulcer is heartburn and pain below the breastbone (which can reach up to the navel) of variable intensity, which generally occurs within the first 30 minutes after a meal.

Other symptoms, although less frequent, are:

In all these cases, it is good not to delay talking to your doctor, also because there can be complications, such as: 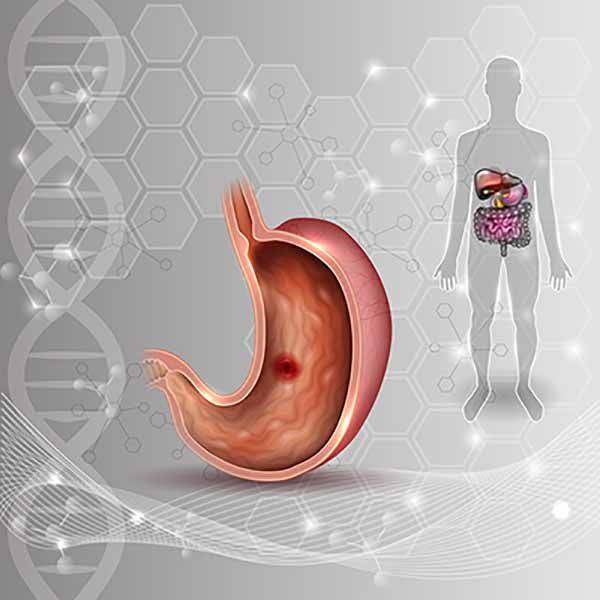 In case of ulcer, the traditional therapy involves the use of antibiotics, anti-ulcer drugs (the so-called anti-H2 antihistamines), antacids, proton pump inhibitors and cytoprotective agents.

Being the H. pylori the first cause of ulcer, doctors will often tend to resolve this infection, while if there is no trace of Helicobacter pylori in the stomach, the doctor will probably try to decrease the acidity levels, using anti-ulcer medicines, antacids or inhibitors of proton pump.

As with H. pylori, therefore, one should also be considered with an ulcer diet regularly, plan meals so your stomach doesn't go empty for long, and eat small meals throughout the day. It is also good don't skip meals, because the stomach would be prone to secrete acids that cannot be absorbed in the absence of food, and chew slowly.

- fatty foods, coffee, alcohol and chocolate tend to cause gastric juices to flow back, while foods that are too hot or too cold and salty foods tend to create an excess of gastric secretion. Finally, remember god to cook with light cooking methods (steam, in a pan with short cooking, grill).

On stomach diseases, you may also be interested in:

Among the allowed foods are:

Instead, they should be avoided:

A micro implant based on curcumin against cancer ❯

add a comment of Ulcer: symptoms, causes and diet to protect the stomach