A micro implant based on curcumin against cancer 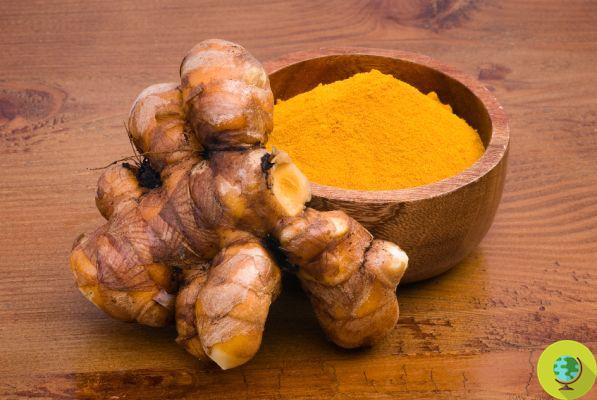 A micro implant only two millimeters in size filled with curcumin and placed close to the tumor has been shown to reduce the size by more than 30%.

La curcumin, active ingredient present in turmeric and therefore also in the curry, is well known for its antioxidant, anti-inflammatory and anticancer properties. Regarding this substance, however, it exists a bioavailability problem, that is, it is not easy to be absorbed by our body. In part it is possible to overcome this problem by associating the consumption of turmeric with pepper which improves its bioavailability but this may not be enough when trying to find valid allies against cancer in turmeric and its active ingredients.


Scientific research in recent years has been focusing a lot on the potential of curcumin in the fight against cancer. The results have always confirmed the benefits of this substance but researchers have never been able to fully exploit them to create a valid and effective anticancer therapy. Now new research seems to have circumvented the problem of the poor bioavailability of curcumin taken through food or with special supplements. How? thinking of a micro implant based on curcumin to be placed directly where the tumor appeared.

Dr. Ramesh C. Gupta of the University of Kentucky, along with his staff, wanted analyze the effects of a curry diet (in which both turmeric and pepper are present) and of a curry-based plant on rats with cancer. The conclusion, as stated by the same researcher, was that: "the implants have led to a significant reduction in both tumor replication and tumor volume, curcumin in the diet has been shown to be ineffective".

The problem of oral intake is in fact that of not being able to get curcumin directly there in the area where the tumor has developed, thus preventing it from being first broken down and processed by the stomach. With a micro implant only two millimeters in size the problem can be solved by positioning on site 200 milligrams of curcumin. On an animal model this method has been shown to reduce tumor size by more than 30%. According to the researchers, the inhibitory effect of curcumin is due to the ability of this substance to block the hormones that fuel cancer growth.

American research, therefore, argues that it would not be necessary to take turmeric or curry with the diet to reduce a tumor already in place but this does not mean that these spices, may not be very beneficial and advised in prevention phase!

- Curry: all the healing properties and benefits