From corals the secret to defend yourself from the Sun 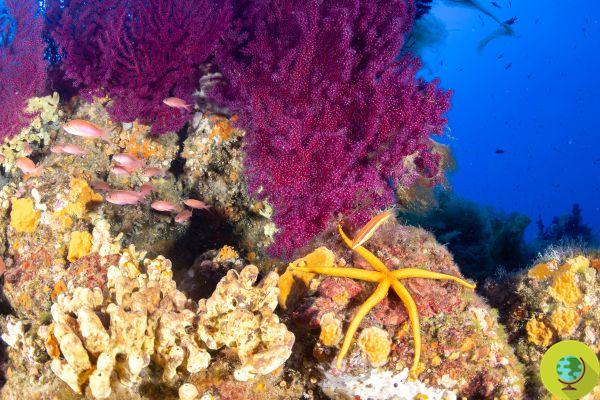 Scientists at King's College London are working on the "Holy Grail" of healthy tanning, a pill that can protect our skin and eyes from UV rays and thus also ward off cancer, wrinkles and other signs of aging. .

Scientists from King's College London are working on the "Holy Grail ”of healthy tanning, a pill capable of protect our skin and our eyes from UV rays and in this way also ward off cancer, wrinkles and other signs of aging.


And the idea it's all inspired by mother nature: observing the Acropora coral of the Australian Great Barrier Reef, an endangered species, scientists have discovered its natural ability to defend against powerful ultraviolet raysi, thanks to a kind of natural protective compound based on algae.

“We found that algae produces a compound that we believe it offers coral protection. This compound protects not only coral from UV damage, but also that coral-eating fish benefit from this Sun protection; so it's clearly something that enters the food chain, ”the scientists explain.

Now scientists are convinced of I will replicate synthetically in the laboratory the coral components essential for the sun protection, copying the genetic code used by coral. And human tests could start soon, within 5 years.

But the discovery of the coral protection mechanism also opens up other avenues, such as creating more sun-resistant crops for Third World countries, forced to cultivate only a few products due to the strong sun rays of tropical latitudes. Not only that, the compound could prove very useful for too stem the phenomenon of coral reef bleaching, which happens when the water in which the coral grows gets warmer.

Scientists think this study will bring vital knowledge for the management and conservation of coral reef biodiversity, ecosystems severely tested by mass tourism, pollution and warming of ocean waters. This is also demonstrated by the recent world map of coral reefs, drawn up by the experts of the Wildlife Conservation Society, with which environments characterized by a very high level of stress have been identified, such as the coral reefs of the regions of Southeast Asia, Micronesia. , of the eastern Pacific and the central part of the Indian Ocean, with very high sea temperatures and strong ultraviolet radiation.

In short, the pill that protects from the sun may in the future save us the hassle of applying sunscreen, but it is only one of the implications of this discovery. And the credit goes all, or almost, to nature.