Are you left handed? It's all about the DNA! The genes involved have been discovered for the first time 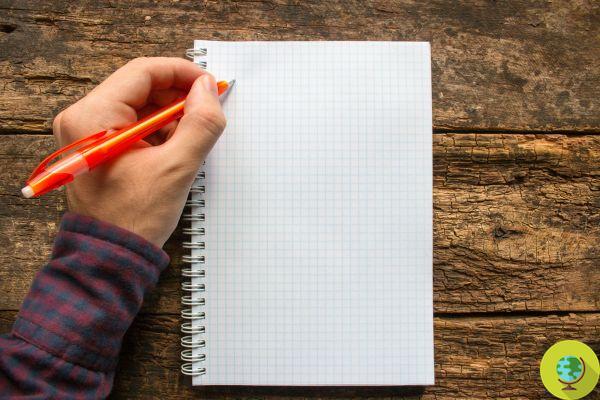 A study identifies areas of DNA connected with brain architecture and identifies genes responsible for using the left side of the body.

For the first time, scientists have identified genetic differences associated with the tendency to use the left side of the body, a trait found in 10% of the human population. It would be left-handed because of "the fault of the genes", with good consequences also on verbal skills.

While many mysteries remain regarding the connection between brain development and the dominant hand, it seems clear that new light can be shed on left-handed genetics, even suggesting a potential correlation between left-handed and higher verbal skills.

While previous research on twins had indicated that genes are at least partially responsible for hand control (that 25% of the variation between right-handed and left-handed people can be attributed to genes), the new study is the first to identify which genetic variants separate the left-handed by right-handed by analyzing the genomes of approx 400 people in the British Biobank, including 38.332 left-handed.

Of the four genetic regions identified, three were associated with proteins involved in brain development and structure. In particular, these proteins were related to microtubules, which are part of the cytoskeleton that guides the construction and functioning of cells in the body.

Using brain imaging of around 10 subjects, the researchers found that these genetic effects were associated with differences in the structure of the brain which unites the regions united to language.

"About 90% of people are right-handed and have been for at least 10.000 years," says Akira Wiberg of the University of Oxford. The use of large data sets from the British Biobank has allowed us to shed light on the processes leading to the use of the left hand ”.

“We found that in left-handed participants the language areas of the left and right sides of the brain communicate with each other in a more coordinated way. This suggests that left-handers may have an advantage when it comes to performing verbal tasks, but it must be remembered that these differences have only been seen at the average level on a very large number of people, and that not all left-handers will be alike. "

The researchers also highlighted correlations between the genetic regions involved in being left-handed and a slightly lower likelihood of having Parkinson's disease, but also a slightly higher likelihood of schizophrenia. Studying genetic links could help improve understanding of the development of these serious diseases, the researchers explain.

“Throughout history, the left-handed has been considered unfortunate or even dangerous - concludes Dominic Furniss, senior author of the study - this is also reflected in the nuances associated with the words left and right in many languages. We have shown that being left-handed is a consequence of the developmental biology of the brain, driven in part by the complex interplay of many genes. It is part of the rich tapestry of what makes us human ”.

Are you sure about your tattoo? The ink used not that much ❯

add a comment of Are you left handed? It's all about the DNA! The genes involved have been discovered for the first time