When the washing machine becomes a reservoir of resistant and dangerous germs. The study in the pediatric hospital 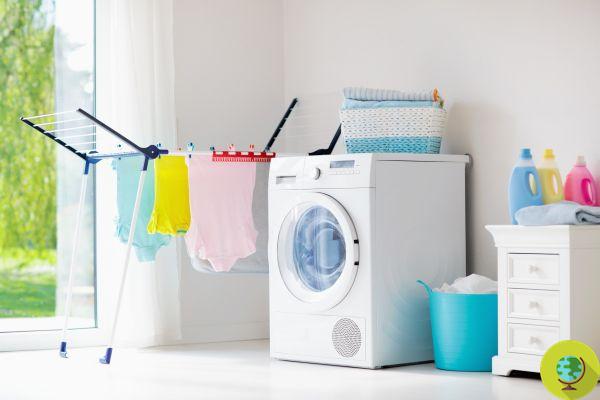 Le washing machines they can become incubators for dangerous germs and even freshly washed and apparently clean laundry can be contaminated with bacteria and viruses.


The confirmation comes from researchers at the University of Bonn, who have examined the underlying causes of transmission of pathogens among hospitalized infants.

within the pediatric ward Contamination by Klebsiella oxytoca, a bacterium that causes infections of the gastrointestinal and respiratory systems, were frequently detected. At worst, this pathogenic microorganism it can cause sepsis that can lead to death.

During the period between April 2012 and May 2013, 13 newborns and one child admitted to the pediatric ward were repeatedly infected with this bacterium, despite the application of extraordinary hygiene measures, so the hospital used researchers from the Institute of Hygiene to discover the cause of the contamination.

The surveys carried out by the hygienists found that theorigin of the transmission it was located in the basement of the hospital and more precisely in the washing machine. The presence of the bacterium was found in the drawer and on the washer-dryer door seals used for washing the linen of hospitalized infants.

Fortunately, no serious infections have been recorded among children and after having replaced the washing machine the presence of the bacterium was no longer detected.

The research, published in the journal Applied and Environmental Microbiology, demonstrated for the first time that the washing machine can be a reservoir of germs and that clothes washed in the washing machine can transmit microorganisms that are dangerous to humans and resistant to antibiotics.
This could be due to the fact that the machines accumulate water inside the drawers and seals, creating a favorable environment for the growth of microorganisms that then contaminate the clothes.

In reality this does not represent a danger to the adults in good health, but it can become so for infants, the elderly, and people with weak or compromised immune systems.

If they live in the family subjects at risk, the advice is to wash the clothes at temperatures equal to or above 60 ° C, to ensure the killing of pathogenic microorganisms. Furthermore, a more thorough cleaning of the washing machine, especially the seals, is recommended at least once a month.

When I began to really love myself: the beautiful poem (not) by Charlie Chaplin ❯

add a comment of When the washing machine becomes a reservoir of resistant and dangerous germs. The study in the pediatric hospital