The amount of salt you eat could hurt you a lot more than you think, according to a new study 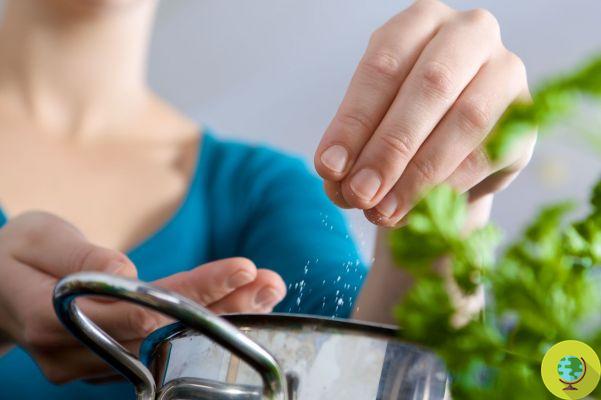 Too much salt is bad, especially for our immune system. An international research team has discovered the mechanism behind the phenomenon

Too much salt is especially bad to our immune system. Small changes in blood sodium levels reduce the amount of energy produced in the mitochondria - this has consequences for the cells defending us from bacterial and viral attacks. An international research team has discovered the mechanism behind the phenomenon.


For many of us, adding salt to a dish is a normal thing that we do without even thinking. In reality, it should be an action to take a moment to think about. In addition to raising blood pressure, too much salt can severely impair energy balance in the cells of our immune system and prevent them from working right.

Researchers from the Max Delbrück Center in Berlin observed the metabolism of immune cells exposed to high salt concentrations. Changes occurred in just three hours: too much salt destroys the respiratory chain, causing cells to produce less ATP and to consume less oxygen.

ATP (adenosine triphosphate) is the 'fuel' that provides energy to all cells and is produced in the mitochondria, where a series of biochemical reactions known as the respiratory chain take place. Salt affects cellular respiration phases, thus inhibiting the production of ATP. This has negative consequences for our body. The resulting loss of energy leads to a slowdown in the activity of phagocytes, whose role is to identify and eliminate pathogens present in the body. Additionally, it can promote inflammation and increase cardiovascular risks.

“The main finding of our study is that a very small molecule like that of the sodium ion may be so effective in inhibiting an enzyme that plays such an important role in cellular respiration. When these ions flow into the mitochondria (in a variety of physiological conditions) they are able to regulate the central part of the electron transport chain, ”says Dr. Stefan Kempa, who collaborated on the study.

Now it is important to understand whether salt is able to influence this mechanism in other types of cells as well. Researchers believe this is highly probable, because mitochondria are not only present in cells of the immune system but are found in all cells - with the exception of red blood cells. In particular, they are found numerous in cells where energy consumption is great - muscle cells, neurons, receptors and egg cells. However, it is not yet clear how different types of cells regulate the influx of sodium into the mitochondria: in fact, studies conducted so far have shown that salt has different effects on various cells in the body.

Colon cleansing: how to purify yourself with water and salt ❯

add a comment of The amount of salt you eat could hurt you a lot more than you think, according to a new study