The 5-minute breathing exercise that lowers blood pressure more than walking, the study 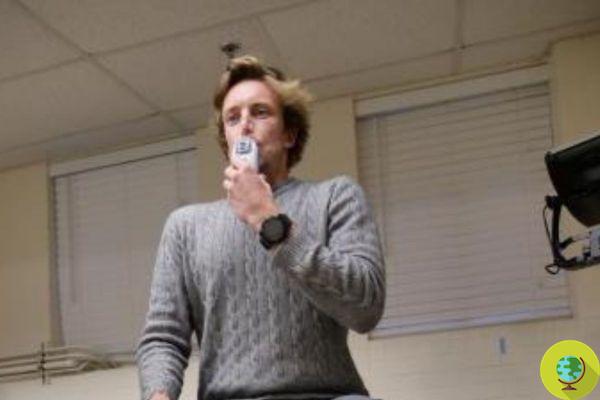 Five minutes of daily training is enough to strengthen the muscles involved in breathing, lower the pressure

Just five minutes of daily training is enough to strengthen the muscles involved in breathing, lower blood pressure, and improve vascular health more than medicines can, according to this American study.


In the United States alone, 65% of adults over 50 suffer from high blood pressure - a major risk factor for stroke or heart attack. Of these, less than 40% engage in daily physical activity recommended by experts to prevent the onset of more severe heart diseases.

The American Hearth Association has developed a very short training program aimed at safeguarding the health of the heart and the cardiovascular system, called High-Resistance Inspiratory Muscle Strength Training (IMST). Developed in the 80s as a way to help patients with respiratory conditions strengthen the diaphragm and other muscles of the respiratory system, IMST requires vigorous inhalation through a small device, which can be held in one hand - such as sucking from a straw or from a tube that offers a certain resistance. Initially, doctors recommended a 30-minute 'workout' a day, six days a week, to counteract respiratory system problems. To help heart health, however, the effort required is far less.

There are many things we can do to keep our circulatory system healthy as we get older - explains the professor Daniel Craighead, author of the study. - But the reality is these things often take time and effort, and for many people it can be difficult to put into practice. The IMST program can be done in five minutes from home, even while watching TV.

The recent study involved 36 people between the ages of 50 and 79 with high systolic blood pressure who were divided into two groups - the first tried IMST for six weeks and the second did a placebo protocol. After six weeks, the group that had done the IMST training saw their systolic blood pressure levels drop by an average of nine points - a reduction greater than that achieved by walking every day for 30 minutes: this decrease equals the effects of medications for lowering of blood pressure. But there's more: not only has IMST been more efficient than traditional training programs in countering high blood pressure levels, but the benefits last for a long time.

add a comment of The 5-minute breathing exercise that lowers blood pressure more than walking, the study