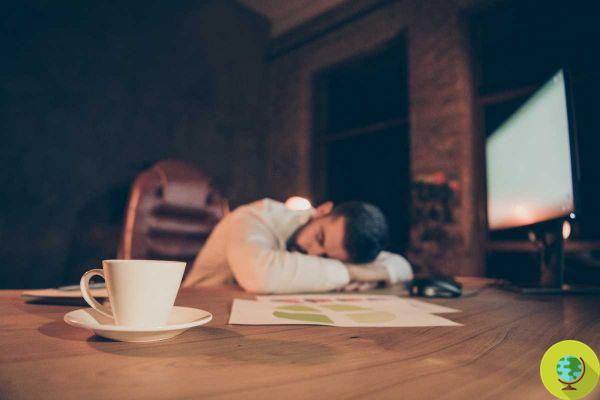 Recent research has revealed that shift work has an impact on the overall health of workers. The data showed that it could affect memory and work performance as well.

Shift work is widespread, and previous research has linked this type of work to a number of health problems starting withinsomnia and excessive sleepiness, and escalate to cause serious problems such as increased sleep risk of diabetes and, according to some studies also some types of cancer.


Basically, shift work forces people to change their sleep patterns and, in the long run, this upheaval could lead to cardiovascular disease, obesity and substance abuse.

But the potential impact of shift work on brain functions, such as mental processing speed and the the memory, has been less explored. Now, a review of multiple studies found shift work is also associated with a range of cognitive changes.

(Read also:  Not everyone needs 8 hours a day of sleep to rest well. If you have these genes, 5 is enough )

All have included various professions, including healthcare professionals, IT personnel, police officers, and more.

Although the literature is not complete, when all the results were grouped together, the researchers found that shift work would appear to significantly influence the working memory, processing speed, impulse control, the ability to filter out unimportant visual cues and the ability to perform various tasks. Furthermore, all studies have found that shift workers perform worse.

The results are not surprising: working outside of our natural sleep pattern forces our brain to do things it isn't used to. In particular, operating outside the day-night cycle interferes with the expression of the cortisol and melatonin, two hormones associated with numerous life processes.

If you work shifts, it is important to be aware of these issues and to monitor for any medical conditions.

In addition, it is also essential to implement a good recovery plan and pay particular attention to rest; for example by taking naps, in order to minimize the risk of negative effects on health and also at work.