Human smell: it is super developed and recognizes a thousand billion odors 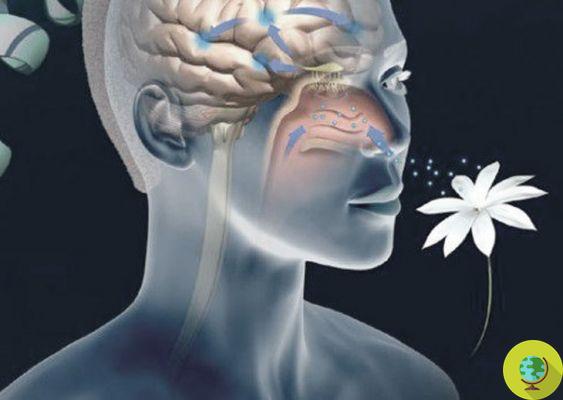 A study has discovered the vast possibilities of our sense of smell which would be able to recognize over a thousand billion odors!

When we think of a super developed sense of smell that of our animal friends immediately comes to mind. Yet it seems that until now we have underestimated even that of human beings, capable of recognize over a trillion odors and not 10 thousand as previously believed.


It is particularly difficult to determine how many smells a human being can perceive because each is composed of different molecules and has very subtle facets and shades. A study, conducted at Rockefeller University in New York and published in Science, however, managed to find out the wide possibilities of our sense of smell.

28 people were sampled and made to smell 128 molecules, mixed in different ways up to a maximum of 30 substances at a time. When the molecules mixed together they formed very particular smells, generally difficult to define and that the participants had never smelled elsewhere.

The volunteers had to smell 3 bottles at a time: two identical and one different, with the intent of identifying the different one. The blends were composed in such a way that the smells overlapped and that it was more difficult for the participants to distinguish the scent.

The experiment was repeated many times, using the most disparate smells combined together but, despite this, most of the volunteers managed to distinguish the bottle with the different mixture. Based on these results, the authors made a calculation according to which the human sense of smell would be able to recognize about a thousand billion different smells.

Satisfied Andreas Keller, head of the research team, who said: “We have shown that our sense of smell is much more sensitive than imagined. We just don't pay attention to it and we don't use it in everyday life ”.

From now on, therefore, we no longer underestimate the potential of our nose!

- Perfumes and aromas that promote a good mood

add a comment of Human smell: it is super developed and recognizes a thousand billion odors