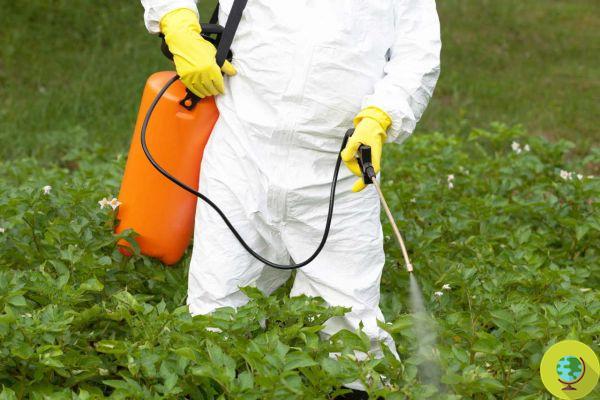 According to a latest ruling, glyphosate is not the cause of cancer of Donnetta Stephens, who suffers from non-Hodgkin's lymphoma

It happened last October and it happened again: according to a latest ruling, glyphosate is not the triggering cause of the cancer of Donnetta Stephens, a Californian woman with non-Hodgkin's lymphoma. Bayer therefore collects the second consecutive victory in a lawsuit against Roundup.


The San Bernardino County jury argued that Donnetta Stephens' cancer, which had sued the company for failing to warn her of the dangers of Roundup, was not caused by her exposure to the popular glyphosate-based herbicide Roundup between 1985. and 2017.

We are therefore 3: 2: the first three complaints led to tens of millions of dollars in compensation for the plaintiffs, but then Bayer obtained the first favorable outcome on October 5, an event that caused the company's share price to rise. Followed by the latter.

Read also: Glyphosate: the mother of a child victim of cancer loses the case against the Roundup, Bayer wins for the first time

Despite everyone's best efforts, it was impossible to prove a case consistent with our program - Fletch Trammell, who defends Stephens, tells Reuters - We plan to appeal and look forward to trying the case again in more circumstances. favorable

The lawyer noted that similar cases typically took weeks to process, while the Stephens case took more than four months due to technical problems and long pauses.

Since Bayer acquired Roundup from Monsanto it has been overwhelmed with lawsuits, which have cost billions of dollars to settle 96.000 out of approximately 125.000 disputes. The company is also still pursuing appeals in two of the three verdicts it lost, including one it aims to have the US Supreme Court considered, where a ruling for Bayer could effectively end the Roundup cases.

On December 9, 2021, the Stephens trial jury issued a verdict in our favor and ruled that Roundup ™ is not the cause of Ms. Stephens' cancer - writes Bayer triumphantly on its website - The outcome of this case follows the verdict favorable of Clark and the voluntary dismissal of plaintiff Jimenez, and marks the third positive development in the Roundup ™ litigation in recent months. The trial took place in the California State Supreme Court for San Bernardino County

Yet glyphosate is still the same and scientific studies continue to indicate it as probable human carcinogen. Just recently a work conducted by two internationally renowned toxicologists stated in black and white that most of the 53 confidential researches of regulatory genotoxicity, which led to the re-authorization of the herbicide in Europe in 2017, are controversial and questionable, and in fact do not meet the required quality criteria.

Read also: Glyphosate: the safety studies that have allowed its use in Europe are not reliable

This double of victories is therefore really a bad sign for the fight against glyphosate and pesticides in general, which marks a terrible step backwards for which we all risk paying huge human expenses.

Glyphosate and cancer: the touching testimony in the classroom of the ordeal of a mother who used Roundup for decades ❯