Glyphosate and cancer: the touching testimony in the classroom of the ordeal of a mother who used Roundup for decades 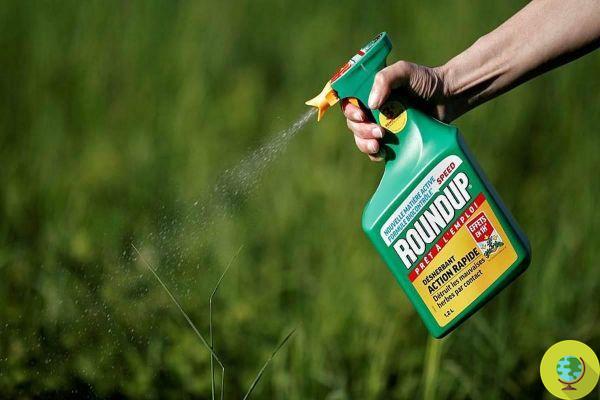 A sick woman sued Bayer over the Roundup that allegedly caused her cancer. Her son testified at the trial

We have already told you several times about the lawsuits filed against Bayer AG (Monsanto) and its glyphosate herbicide Roundup, which allegedly caused cancer in several people who used it frequently. Now the son of a sick woman, and exposed for years to the dangerous pesticide, has taken her testimony to court.


Donetta Stephens is a woman with non-Hodgkin's lymphoma who used the herbicide Roundup for decades before falling ill and then decided to sue the company that makes it, Bayer AG, which acquired Monsanto in 2018.

The woman is one of tens of thousands of plaintiffs who filed lawsuits against Monsanto after experts from the International Agency for Research on Cancer (IARC) in 2015 classified glyphosate as a probable carcinogen for men with a particular association with non-Hodgkin's lymphoma.

Some lawsuits have already been won, for example we told you about the case of Edwin Hardeman, resident in California. Read also: Glyphosate can cause non-Hodgkin's lymphoma, crushing defeat for Bayer

But going back to the Donetta Stephens case, this one was tried by the Superior Court of San Bernardino County in California and a few days ago her son, David Stephens, testified about his mother's frequent use of the herbicide since he was a child and a woman's habit of wearing sleeveless shirts and shorts when spraying the herbicide (which increases exposure).

He also talked about the discovery of the tumor, the long series of medical treatments that followed, the woman's memory loss and other problems related to the treatment as well as the period in which her mother was hospitalized, risking several times of to die. A real ordeal that could have been caused by exposure to Roundup.

Fortunately, Donnetta Stephens is now in remission from cancer but has remained very debilitated. However, she will continue to fight with her son to confirm the correlation between the use of the herbicide and the onset of the disease.

And it is not the only one, another trial this week also in California will deal with what happened to a child, Ezra Clark, suffering from non-Hodgkin's lymphoma who was "directly exposed" to Roundup many times while accompanying his mother who used the herbicide. to kill weeds around the family property. According to court documents, the child was playing in areas that had just been sprayed with glyphosate.

Ezra was diagnosed in 2016 at the age of 4 with Burkitt's lymphoma, a form of non-Hodgkin's lymphoma that has a high tendency to spread to the central nervous system and can also involve the liver, spleen and bone marrow.

Bayer, of course, continues to deny any correlation between its product and cancer but a few months ago it set aside a whopping $ 2 billion for future cancer claims and also announced it will stop selling glyphosate-based herbicides to consumers within 2023.

Fonte: US Right to Know

Glyphosate and Parkinson's disease: Exposure to the pesticide can increase the risk of getting sick ❯

add a comment of Glyphosate and cancer: the touching testimony in the classroom of the ordeal of a mother who used Roundup for decades