Dopamine: what it is, function, effects and how to increase the natural one

Dopamine is the pleasure and reward hormone. It makes us feel euphoric and satisfied. But it also performs other very important functions

La dopamine it is a neurotransmitter produced by the brain and minimally by the adrenal glands. It is part of the catecholamines, group of hormones to which adrenaline also belong e norepinephrine, of which dopamine is the precursor.


It is known as thehormone of euphoria, as its presence is linked to the sphere of pleasure and the reward mechanism. Anything that gives us pleasure, such as food, sex, but also music or the consumption of drugs, is capable of arousing a feeling of fulfillment and gratification by increasing dopamine levels.

This neurotransmitter, however, also intervenes in the regulation of other very important functions of the organism, at the level of the central and peripheral nervous system. He is responsible for the muscle control, but also of the personal motivation, of sleep, of mood, memory and learning.

Furthermore, it acts like a hormone preventing the release of prolactin by the lactotrophic cells of the pituitary gland. Finally, at the level of the gastrointestinal system, it is responsible for the sensation of nausea and vomiting.

The dopaminergic system is very fascinating but also extremely complex. Low levels of this neurotransmitter can cause depression, asocial behavior, isolation, anger and frustration. On the contrary, a high level of dopamine in the circulation can be risky because it induces the subject to pursue their pleasure uncritically, trespassing into irrational and self-harming behaviors or leading to drug addiction.

The functions of dopamine

Schematically, the functions performed by dopamine in the central nervous system are the following:

Read also: Serotonin: what it is, where it is found and how to stimulate the happiness hormone

The activities controlled by this neurotransmitter at the level of the peripheral nervous system are: 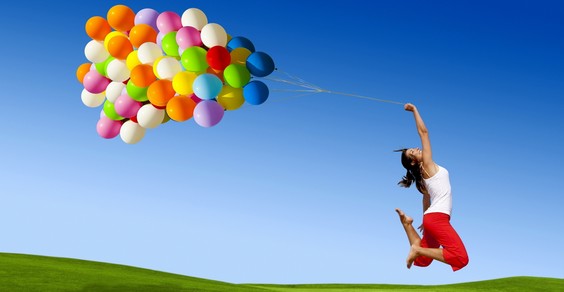 As mentioned, dopamine is essential to ensure skeletal motility and the control of muscle movements. An insufficiency of this hormone can be at the origin of some serious diseases, including:

High levels of dopamine do not allow the muscles in the body to be controlled, and are often the cause of nervous tics and uncontrolled movements. Also, excessive levels of this hormone can result schizophrenia e psychotic behaviors.

The irrepressible pursuit of pleasure and gratification, associated with a high level of dopamine, finally characterizes the manic (euphoric) states of the bipolar syndrome. In this phase, inhibitions of any kind fall, and the subject experiences intense sexual activity and an irrepressible compulsion towards shopping.

Summarizing, therefore, the excess of sopamine leads to:

Dopamine, eat if it produces

La endogenous dopamine, that is that naturally produced by our body, it cannot be increased orally, as this molecule is unable to cross the blood-brain barrier, which divides blood from the central nervous system.

Therefore, to increase the levels of this chemical mediator, it must be administered directly in the form of drug, or take substances that mimic its action or even molecules that favor its secretion.

In a very schematic and simplistic way, the chemical process through which dopamine production is achieved is characterized by a series of reactions, which follow one another according to the following scheme:

Through drugs, we generally intervene on levodopa levels, while with nutrition we can increase tyrosine or phenylalanine, amino acids capable of stimulating dopamine synthesis.

At a pharmacological level, the most used substance is undoubtedly the levodopa, intermediate amino acid which is able to synthesize dopamine. As an adjuvant in antidepressant therapy, at the same time as levodopa, it is always necessary to administer the carbidopa, to prevent dopamine synthesis from occurring in the circulatory system, producing undesirable effects such as nausea and vomiting.

But above all, in this case the dopamine produced would be unable to reach the receptors of the central nervous system. In extremely serious cases, the administration of dopamine directly via drip. This includes shocks caused by heart attacks, open heart operations, chronic renal or heart failure, trauma and septicemia.

As mentioned, dopamine it cannot be increased directly through feeding, since, if introduced with food, it would remain in the blood stream, causing nausea and vomiting, but would not be able to reach the central nervous system.

However, with food we can indirectly stimulate the production of dopamine, iBy increasing the levels of phenylalanine and tyrosine, its important precursors, capable of promoting their synthesis in the nervous system.

Phenylalanine and tyrosine are amino acids derived from the digestion of food proteins. They are formed in the plasma, but are able to cross the blood brain barrier, making themselves available to the dopaminergic neurons located in the central nervous system.

Among the foods richest in phenylalanine, there are:

Among the foods particularly rich in tyrosine:

However, dopamine is a substance that tends to oxidize easily. To counteract the action of the free radicals produced, it is advisable to take fresh seasonal fruit and green leafy vegetables, rich in antioxidants and vitamins of the C and E complex. In particular, to counteract the presence of free radicals, it is advisable to take the following foods: 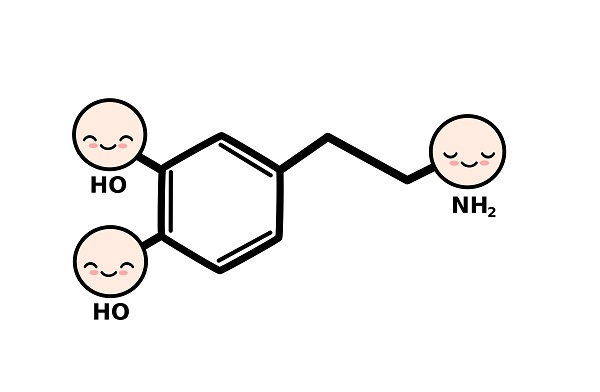 Other natural methods to stimulate dopamine

Narcotic substances are capable of increasing dopamine levels. Often, those who are addicted to psychotropic substances have a low level of endogenous dopamine, so they are inclined to seek pleasure and activate the gratification mechanism through the intake of dangerous substances.

La cocaine, as well as MDMA (ecstasy), they prevent the reabsorption of dopamine, the so-called reuptake, from occurring at the synaptic level. Basically, two types of receptors are involved in the production of this neurotransmitter: one that launches the dopaminergic signal and the other that receives it.

In this neuronal communication, the pleasure signal sent by some receptors is intercepted by other receptors, resulting in the production of dopamine in some brain areas. Once released, excess dopamine is reabsorbed into the synaptic space of our brain.

Drugs such as cocaine or Ecstasy they act on this mechanism, preventing the natural reabsorption of dopamine and, consequently, increasing the level in circulation in the central nervous system.

The action of cannabinoids occurs differently than cocaine or MDMA. In this case, our cannabinoid system is able to inhibit the production of gaba, a neurotransmitter with antagonistic effects compared to those of dopamine. The gaba is counteracted both by the cannabinoids present in the brain and by the compounds present in cannabis, in particular by thc.

The molecules of happiness (dopamine, serotonin, endorphins and oxytocin)

The well-being and happiness of each of us depend on a series of complex factors, which however originate in the chemistry of our brain: feeling good, satisfied with oneself and satisfied with one's life depend on the complex dynamic equilibrium that is created from time to time. time between these neurotransmitters.

This explains why there are people who are more optimistic and with a positive attitude towards life, while others in similar circumstances cannot shake off restlessness and pessimism. These are molecules that are different from each other, but our psychophysical well-being springs from their virtuous synergy.

Dopamine is the hormone of motivation and pleasure.

Serotonin is able to regulate our moods. It stimulates mood, falling in love, social relationships and physical contact.

Oxytocin, also known as the love hormone, is released during orgasm and allows moms to breastfeed. It allows the establishment of the single mother-child bond, promotes socialization, monogamy and stable relationships.

Their synergistic and balanced action is a fundamental factor in determining our physical and physical state of health, the level of general well-being and that ineffable feeling of happiness that we all pursue.

Read also: Oxytocin: what it is, where it is found and how to stimulate the love hormone

After reading this, you will no longer touch the touchscreens in McDonald's - bacteria and stool residue found ❯

add a comment of Dopamine: what it is, function, effects and how to increase the natural one