After reading this, you will no longer touch the touchscreens in McDonald's - bacteria and stool residue found 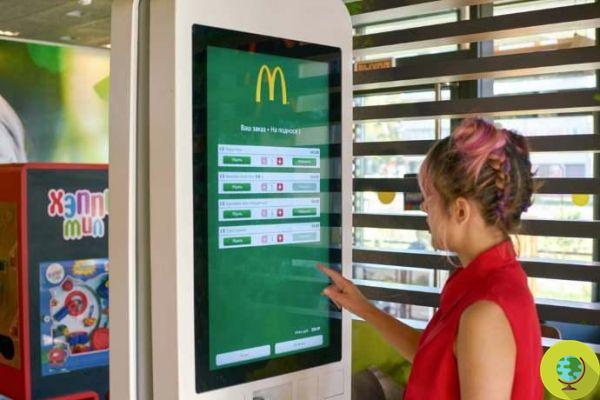 Even the screens used to order food at Mc Donald's would be full of bacteria.


The most famous fast food chain in the world in foul yet again. In this case, it's not his burgers that get under the radar, but the thousands of touchscreens now available in these all outlets to order menus by skipping the line. Well, those giant screens that people touch just before they eat their cheeseburgers would be full of bacteria.

It is bacteria that live in the gut, nose, skin, mouth, throat and, yes, people's feces. This is demonstrated by a survey conducted by London Metropolitan University and the Metro.co.uk website which found types of bacteria that are dangerous to human health.

The scholars collected swabs at eight McDonald's restaurants in the UK, including six in London and two in Birmingham.

“We were all surprised at how many intestinal and faecal bacteria were on the touchscreen machines. These cause the kind of infections that people pick up in hospitals. Unsuspecting diners choose food on the touchscreen and then head to the server to collect their burgers without washing their hands, ”says Paul Matewele, senior lecturer in microbiology at London Metropolitan University.

Staphylococcus was found on touchscreens, a bacterium that can also cause toxic shock and “is contagious. If you touch your nose with your fingers, then transfer it to the touchscreen, someone else picks it up and if it has an open cut that it goes in, then it can be dangerous, ”and listeria, a bacterium that causes listeriosis.

“Three quarters of the screens showed traces of the bacterial olm. The olm can be found in human and animal feces ”. In addition, the swabs also revealed the presence of such bacteria klebsiella which can cause urinary tract infections, septicemia, diarrhea and even pneumonia.

McDonald's for its part makes it known that the screens are cleaned every day and that, in any case, all restaurants have facilities for washing hands before eating.

How to blame him? Come on, the touchscreens will certainly not be dirtier than the cash money that we would go to give at the cashier if we had to queue. In short, what this study does not report is that in any case, humans, with the trillions of bacterial cells that carry, leave and acquire bacteria everywhere - on doorknobs, on elevator buttons, on shopping carts, on trains. , inside the subways and, of course, also on the McDonald's touchscreens. Furthermore, these bacteria are very unlikely to harm a healthy person, and ultimately, there have been no public health reports of infections caused by filthy touchscreens at these McDonald's or other locations.

The trick? It always remains to wash your hands properly before eating!

add a comment of After reading this, you will no longer touch the touchscreens in McDonald's - bacteria and stool residue found