An avatar against depression: how to accept yourself through the virtual world 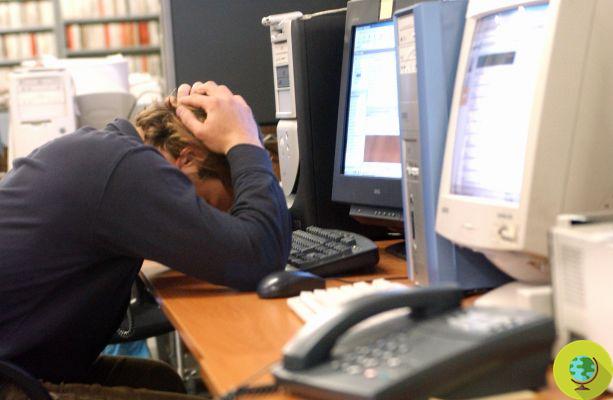 A group of psychologists proposes avatar therapy for depression


Virtual reality: can an avatar fight the depression? It seems so and he would do it with a real therapy that would only have the name of "virtual".

To propose the analysis with thepretending to be alter ego is a group of psychologists from University College London, Universitat de Barcelona and University of Derby and their goal is to put the person prone to depression face to face with their virtual self. And generate a productive and proactive comparison.

Indeed, according to their research published su PlosOne, therapy is aimed primarily at who it is very critical of himself and of those who have low self-esteem. What the scholars are aiming for is essentially get rid of hypercriticism of patients towards themselves in a completely alternative way to the comparison with the professional.

In this, it plays a fundamental role your own avatar that would help fight self-pity and the depression that goes with it: negative thinking directed at oneself, in fact, plays a relevant role precisely in the genesis and persistence of a depressive state.

Virtual reality has also been used in other cases to treat other psychological disorders such as phobias and post-traumatic stress, but this study focuses on the use of similar resources as a means of promoting emotional well-being.

In fact, it is the first time that the use of an avatar and "immersive reality”To teach hyper-critical subjects with themselves and with low self-esteem to forgive their mistakes or failures.

Professor Mel Slater, co-director of the study, said that "the main advantage of this procedure over other methods is obtained by indirectly feeling self-pity". In this way the technique "can help overcome the resistance seen in individuals who feel they do not deserve compassion".

Experts carried out tests on 43 women, assigning them a dual avatar, both as an adult and as a child. Women got access to virtual reality via Oculus, the monitor helmet. Looking at this virtual mirror, within a few therapy sessions, women have learned to be less demanding of themselves.

The benefits through immersion in virtual reality, therefore, seem obvious. But now it remains to understand how many, depressed, can afford avatar therapy.

A sugar-free year: the adventure of Eva Schaub and her family ❯

add a comment of An avatar against depression: how to accept yourself through the virtual world