Too much time in front of the TV? Pulmonary embolism risk 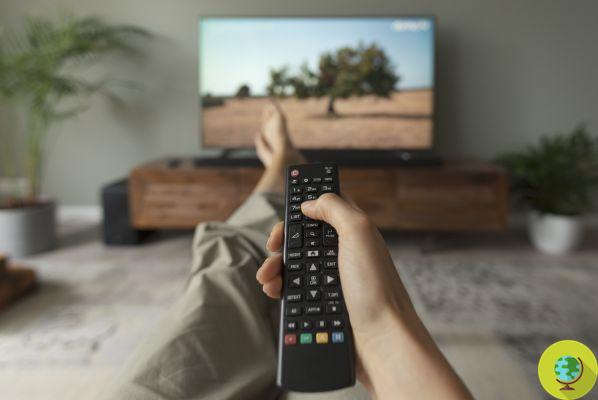 Pulmonary embolism. The risk increases if you sit in front of the TV for a long, long time. The alarm was raised by a new Japanese study, made known yesterday during the congress of the European Society of Cardiology (ESC), underway in London


Embolism pulmonary. The risk increases if you stay a long, long time sitting in front of the TV. A new one sounded the alarm study giapponese, announced yesterday during the congress of the European Society of Cardiology (Esc), underway in London.

Pulmonary embolism is caused by a blockage of the pulmonary arteries due to blood clots that usually form in the vessels of the legs. And the "vita" sedentary it is a risk factor that should not be underestimated. In particular, it was the TV that was put in the dock considering that the viewer spends hours in a lying or sitting position.

Lo study, led by Toru Shirakawa of the Department of Social Medicine at Osaka University, considered a large number of people and tried to show the relationship between prolonged use of the TV and the risk of mortality from pulmonary embolism among middle-aged Japanese men and women.

In total, the participants were 86.024 of which 36.007 men and 50.017 women, aged between 40 and 79 years. They completed a questionnaire in which they provided information on the time they spent watching TV each day between 1988 and 1990. In addition, their health was tracked for an average of 18,4 years.

The results showed that spend 5 hours (or more) a day in front of the television involves the doubling of the risk of fatal pulmonary embolism compared to those who instead place themselves in front of the small screen for less than 2 hours a day.

The advice is always the same: good sense e moderation. And certainly a few minutes a day dedicated to taking a walk in the open air.

ARE YOU ALWAYS SITTING? WALKING 2 MINUTES EVERY HOUR EXTENDS LIFE

WALKING: 10 REASONS TO DO IT AT LEAST 30 MINUTES A DAY

PHYSICAL ACTIVITY: HOW TO SAVE HALF A MILLION PEOPLE EVERY YEAR IN EUROPE

add a comment of Too much time in front of the TV? Pulmonary embolism risk