Now it's official! Living close to greenery has this beneficial effect on your brain, especially if you are over 60 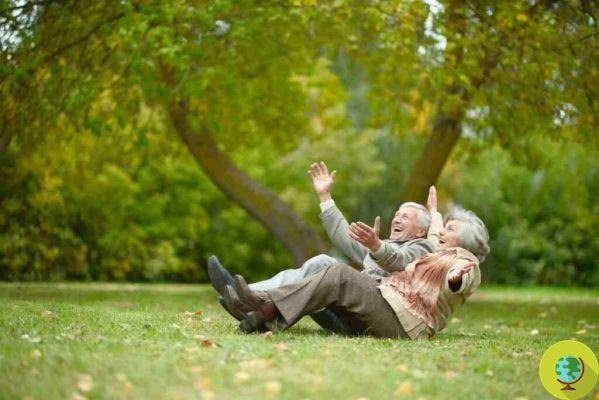 A new study from the Boston University School of Public Health has found a link between living near green space and improved cognitive function.

(Read also: If you are happy at age 20, you are less likely to suffer from cognitive impairment as an adult and to suffer from dementia as an elderly person)

The article, published on JAMA Network Open, analyzed about 13.594 women with an average age of about 61 years.

Some of the main ways nature can improve health is to help people recover from psychological stress and encourage them to stay outside and socialize with friends, both of which improve mental health.

This study is among the few to provide evidence that green spaces and nature can really benefit cognitive function especially in old age. In fact, the researchers found a link between increased exposure to greenery and one better speed and psychomotor attention.

Consequently, having access to more green spaces around one's home or close to one's neighborhood could help minimize the risks of depression and dementia by improving the general cognitive function of middle-aged people.

Obviously, it was not possible to distinguish the types of vegetation that affect health, but increasing daily access to green spaces in the city is an important step to ensure a better state of health of people.

Now it's official, psoriasis is also a matter of diet and can be caused by what you eat ❯

add a comment of Now it's official! Living close to greenery has this beneficial effect on your brain, especially if you are over 60