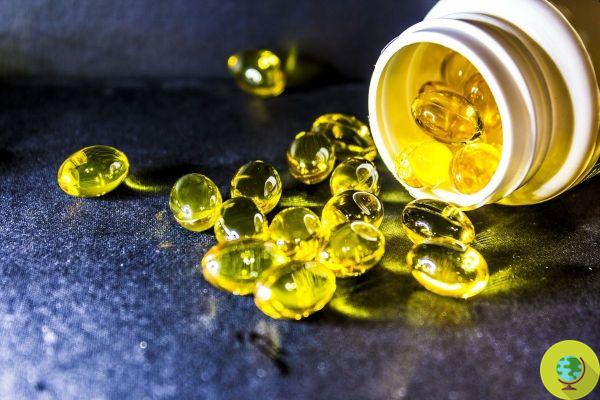 Having omega 3 deficiency during adolescence exposes you to a greater risk of psychosis in adulthood. The results of a new study

What consequences can an omega 3 deficiency have on the mind? A study found a new side effect: There is a greater risk of psychotic disorders.


New research, led by a team at RCSI University of Medicine and Health Sciences, and published in Translational Psychiatry, found that adolescents who had higher levels of an omega-3 fatty acid in their blood were less likely to develop psychotic disorders in the first. adulthood. Conversely, however, those with deficiencies had a greater risk.

To make this claim, the scientists sampled 3800 participants from the Bristol Children of the 90s health study, all assessed for psychotic disorder, depressive disorder, and generalized anxiety disorder at ages 17 and 24.

During these assessments, blood samples were collected and the researchers measured the levels of omega 6 fatty acids (which generally contribute to increasing inflammation in the body), and omega 3 fatty acids (which reduce it).

While there was little evidence that fatty acids were associated with mental disorders by the age of 17, researchers found that 24-year-olds with psychotic disorder, depressive disorder, and generalized anxiety disorder had higher levels of omega 6 fatty acids than to those omega-3.

The researchers also found that 24-year-olds with psychotic disorder had lower levels of DHA, an omega-3 fatty acid found in some foods or dietary supplements, compared to 24-year-olds who did not have any complaints.

Research suggests that omega 3s (and particularly DHA) in adolescence could have a potential preventive effect on psychosis risk.

As Professor David Cotter, lead author of the study and professor of molecular psychiatry at RCSI said:

The study needs to be replicated, but if the findings are consistent, they would suggest that a higher dietary intake of omega 3 fatty acids among teens, such as through oily fish such as mackerel, could prevent some people from developing psychosis later.

Why omega 3s have this effect is not yet clear. Dr David Mongan, another author of the study, said in this regard:

We need to do more research to understand the mechanisms behind this effect, but it could be related to reducing inflammation or decreasing inappropriate pruning of brain connections during adolescence.

Read all of our articles on omega 3s.

Read all our news on supplements

add a comment of Low omega-3 levels associated with a higher risk of psychosis, the study