We are underestimating the health risks of a massive group of chemicals. I study 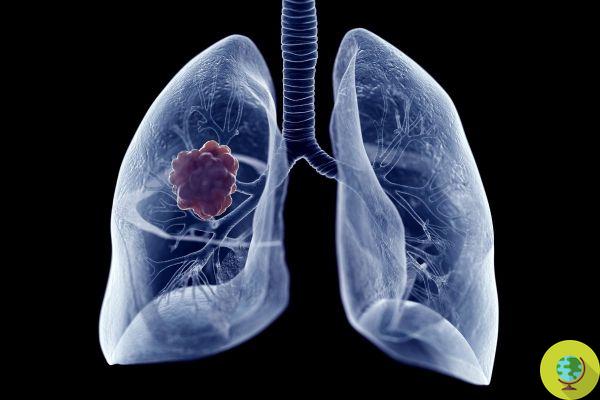 
Around the world, most cases of lung cancer are traditionally linked to a single category of chemical compounds to which we are exposed during combustion processes: PAHs (Polycyclic Aromatic Hydrocarbon). In fact, according to a recent study by MIT researchers, a particular compound called PAH benzo (a) pyrene - it is responsible for only 11% of the lung cancer risk, while 17% of the cancer risk associated with inhaling PAH comes from hitherto unregulated substances and their derivatives.

People can be exposed to PAHs in many ways - for example by preparing and eating barbecued meat, walking on busy streets, breathing in the fumes of fires. These particles end up in our lungs, causing mutations in cells that can then result in lung cancer. But not only that: scientists fear that exposure to PAHs may also occur through the intake of contaminated food or drinks, since the ingestion of these particles has been connected with an increased predisposition to the development of breast, colon and cancer. to the pancreas.

The challenge in regulating pollutant particles in the air mainly concerns the sources from which these pollutants come - he explains Moelle Selin, director of MIT and co-author of the study. - If one thinks only of benzo (a) pyrene, it will not be possible to arrive at an effective response in terms of reducing pollution.

As early as the 70s, the US Environmental Protection Agency (EPA) had identified 16 of the more than 10.000 PAH compounds as noteworthy pollutants and, since then, that group of compounds identified has been monitored and regulated around the world. One of these, benzo (a) pyrene, is still used today as a marker of PAH pollution levels. However, in recent years researchers have questioned whether it still makes sense to focus on just these few compounds. In particular, they challenged the theory that PAH compounds, once they have ended up in the atmosphere and broken down into several parts, are no longer carcinogenic: this study instead shows that some of the PAH derivatives are even more toxic than the initial compounds.

The study took place on a Superfund site (a site recognized by the US government as particularly contaminated with chemicals) in Maine. There, MIT researchers examined the risk of lung cancer from 16 PAHs and the products derived from them by degradation in the atmosphere (48 in all). Once a global atmospheric model for PAH concentrations was developed and refined based on real-world measurements of pollutant levels, the researchers estimated a lung cancer risk for each type of substance tested.

It was found that the industrial regions of China, India and Eastern Europe have the highest lung cancer risk levels for PAH contamination which concern all chemical compounds and not only the emissions of benzo (a) pyrene. The study shows how, as the compounds vary, the risk to human health of developing cancer also varies - for this reason it is important to monitor all PAHs and also the compounds that result from their degradation.

add a comment of We are underestimating the health risks of a massive group of chemicals. I study