Stevia, everything you need to know about the natural sweetener of the moment

Stevia, everything you need to know about the natural sweetener of the moment. Refined sugar, as we know, is not beneficial to our bodies and many people are looking for natural alternatives to its artificial sweetness. Among the possibilities in terms of sweeteners, we have already been talking about the Stevia. But What is it about exactly?


We are now available at the supermarket many sweeteners based on Stevia or drinks and food products in which an extract based on this plant is used instead of sugar or other natural or synthetic sweeteners.

But is what glitters always gold? Let's get to know this plant and its uses better.

La Stevia rebaudiana it is a plant with long green leaves and small white flowers originally from South America. The ancient Latin populations used to use it just as a sweetener, given its sugary flavor slightly reminiscent of licorice.

In Japan too, Stevia has been known and used for decades, so much so that various drinks and foods such as candies, yogurt and ice cream are sweetened with a powdered extract of this plant. Despite all this, Europe has banned its use for some time, believing that the steviol, present in the plant, could be carcinogenic.

The reason often invoked to justify the caution in the use of Stevia and the fact that in some countries different uses of this plant are not yet permitted, lies in the fact that some active ingredients contained in it could be potentially toxic.

The side effects of steviolo and stevioside, substances present in the plant, especially with regard to a possible carcinogenicity of these active ingredients but also to the abortion capacity or possible repercussions on the reproductive system. In all cases, however, there was talk of an intake of Stevia at very high doses in addition to the fact that some researches have subsequently shown how our body is able to dispose of the compounds of the plant through the work of the intestine, liver and kidneys. potentially toxic.

Finally, it must be said that the populations of South America have been using the leaves of this plant since time immemorial and health problems related to the consumption of Stevia have never been confirmed.

Da December 2011 a new regulation has allowed the use of this plant also within the EU countries and now the big brands have launched various sweeteners based on Stevia or products in which sugar is avoided and instead an extract of this plant is inserted to make them more palatable. In fact, it is easy to understand the enormous interest that a natural discovery like this can arouse, for example, on people with diabetes and on all those who are attentive to their own line.

Here you can read scientific opinion of EFSA (European Food Safety Authority) on the safety of steviol glycosides. 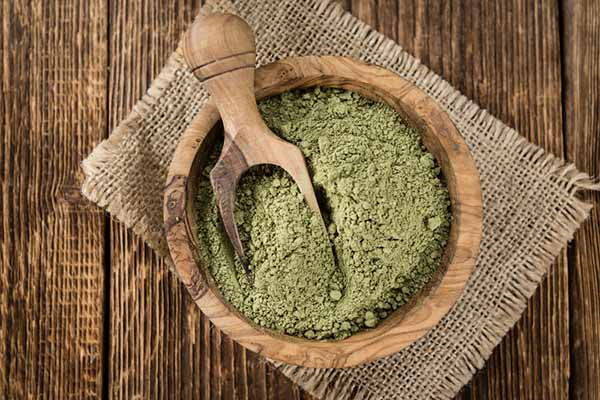 Stevia it can also be consumed by people with diabetes. Its active ingredient, steviol, does not affect insulin levels. Certainly much better to use this natural sweetener rather than saccharin or aspartame, synthetic sweeteners often recommended for diabetics.

THE CALORIES OF STEVIA

Another huge advantage of stevia over sugar but also all other natural sweeteners is the fact that its calorie intake is equal to 0. This means that the leaves of this plant are able to provide sweetness but without making you fat.

Not only does Stevia have no calories and no impact on blood sugar, according to research it even seems that stevioside and rebaudioside A, two active ingredients contained in the plant, have hypoglycemic power. In fact, they act on the beta cells of the pancreas by stimulating the production of insulin in case of high blood sugar.

There is also a alleged hypotensive effect of Stevia which, however, still needs further confirmation from other scientific researches.

The proven beneficial effects of Stevia (but awaiting further confirmation) are:

HOW TO GROW STEVIA

It is always better to avoid ready-made sweeteners made on an industrial level and self-produce your own powder at home from Stevia leaves to use instead of sugar. First of all it is obviously necessary get a Stevia seedling or plant its seeds.

I seeds must be planted in spring (March-April) and covered with a layer of earth of about one centimeter. The soil must be kept very moist to replicate the climatic conditions of Paraguay, the original area of ​​stevia. You can cover the pots with a plastic bag until the sprouts sprout, in order to create the most suitable humidity conditions. The seedlings will sprout after 10-15 days.

Growing Stevia is very simple since this plant changes its ability to grow according to the soil in which it lives, if it is a clayey soil it will give smaller leaves with less sweetening power and will grow in height, if instead it is a loose soil the plant will be more full-bodied, it will have larger leaves and with greater sweetening power.

Read also: STEVIA: GROWING AND MAKING YOUR OWN NATURAL SWEETENER

Furthermore the Stevia plant propagates very easily: removing a sprig and placing it immediately in the ground it will tend to root spontaneously, this enormous property has earned it the name of pioneer plant as it easily covers and colonizes any area close to it. 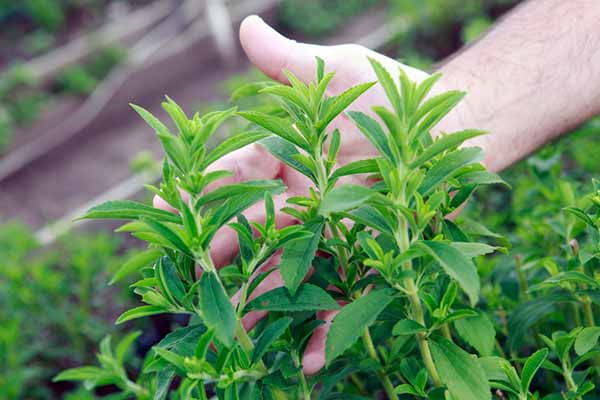 HOW TO SELF-PRODUCE THE STEVIA SWEETENER

First you need rwelcome Stevia leaves. The best time is the end of summer (September), as soon as the plant starts flowering. There are those who suggest completely cutting the stevia plants about ten centimeters from the base, while others recommend stripping the plants of the leaves without cutting the branches and leaving the flowers intact.

Once collected, the leaves are left to dry in the air and then finely chopped in an ordinary kitchen mixer or mortar. You will get a very fine green powder, which will be your "stevia sugar". Once reduced to a powder, stevia should be stored in a simple glass jar to be kept closed. 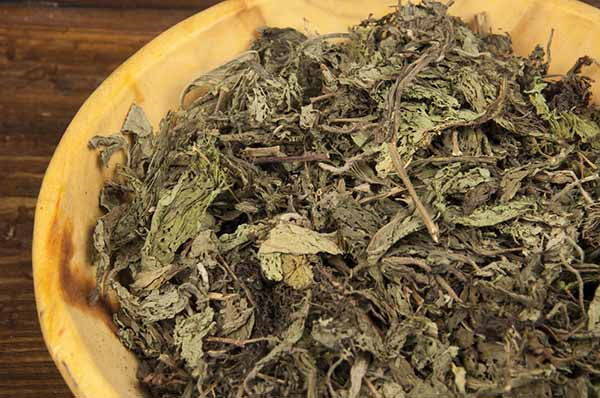 SWEETENERS ALREADY READY ON THE MARKET

They exist on the market many sweeteners based on Stevia of different quality and level, above all for the quantity of plant actually present inside them and consequently with prices that can be more or less high.

Reading the product label (which we always recommend) you can see for example that inside there is not only Stevia, but other compounds, such as erythrol, sodium bicarbonate, magnesium stearate, flavorings, etc.

We commonly find erythritol, that is a chemical compound that serves to give volume (thus decreasing the concentration of stevia), increase the sweetness and decrease the cost of the product (compared to stevia it is much cheaper).

Flavors are often used to enhance the final flavor, such as to hide the licorice flavor (which would not be necessary for Rebauside A).

Magnesium stearate it is usually used in stevia tablets for a technical issue during the production phase (it prevents them from sticking to the molds). In powder preparations it is used instead to prevent lumps from forming. Finally the sodium bicarbonate acts as an acidity regulator.

HOW STEVIA IS USED

As already mentioned, we we recommend that you prepare your own stevia powder at home with which you can sweeten: herbal teas and tea (the tip of a teaspoon will suffice) while for a dough of 400 grams of flour, to be used for the preparation of biscuits, for example, you will need only 4 grams of dried, pulverized or crumbled stevia. Stevia powder can also be used for the preparation of other desserts, such as cakes. It will be necessary to adjust the quantity according to personal taste, remembering that stevia has a sweetening power even 100 times higher than sugar.

The stevia powder can then be added in small quantities directly into the filter of the coffee maker for sweeten the coffee. The dried and crumbled leaves, but also the fresh leaves, can be left to infuse together with other herbs in the preparation of herbal teas.

Fresh or dried leaves can be leave to infuse in plain water or other drinks to naturally sweeten them (for example in vegetable milk that you will use for breakfast or to prepare a smoothie or pudding). 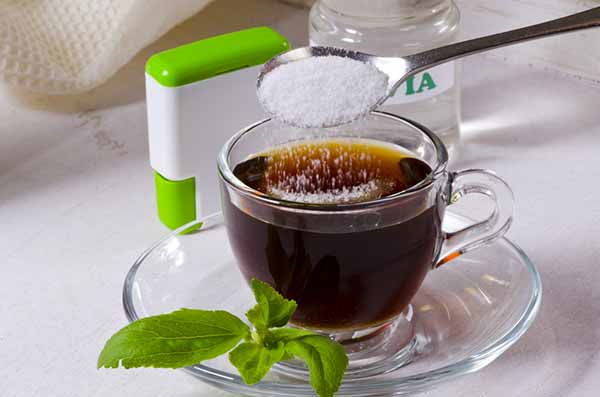 In summary, therefore, it is possible to use Stevia in the form of:

THE TASTE OF STEVIA

The taste of Stevia somewhat reminiscent of licorice and not everyone likes it. For example, many people complain that this natural sweetener, unlike others, does not enhance the taste of certain foods or drinks but on the contrary changes their flavor. An example for everyone is that of coffee that not everyone can drink sweetened precisely with Stevia.

Given the possible abortive power and because the possible effects of stevia on fetuses or small children are not known, as a precaution, we recommend pregnant women and nursing mothers to avoid taking large amounts of stevia (which is difficult, however, since very little is enough to sweeten).

Possible side effects in the consumption of Stevia can arise in the people allergic to the Asteraceae family of which this plant is part.

As for the possible interaction with famacsi, the effects of stevia in relation to plants, supplements or drugs with hypotensive or hypoglycemic action are to be considered. Talk to your doctor if necessary.

OTHER ALTERNATIVE SWEETENERS TO SUGAR

Stevia isn't the only sugar alternative sweetener you can try. Exist many other natural solutions we have already talked about, among these the rice or barley malts, maple syrup, agave juice, coconut sugar, apple syrup and more.

Read also: NATURAL SWEETENERS: 10 VALID ALTERNATIVES TO WHITE SUGAR
You guys you have already tried stevia, you like it?

Stevia: Grow and produce your own natural sweetener ❯

add a comment of Stevia: the whole truth about natural sweetener