Unfortunately, oysters are becoming greedy for microplastics due to the bacteria that settle on them 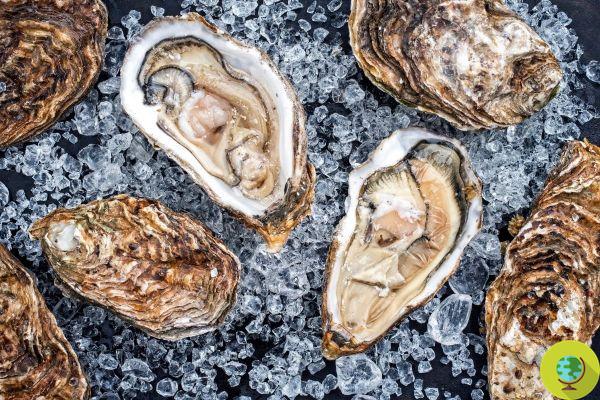 A recent study conducted by the University of Portsmouth raises the alarm: the amount of plastic accumulated in the food we eat could be underestimated. Furthermore, microplastics in food could also carry harmful bacteria into the food chain.


The researchers ofUniversity of Portsmouth they conducted some experiments observing the feeding of oysters. It was found that microplastics covered by a layer of bacteria (a so-called biofilm) are more 'appetizing' for shellfish than cleaner ones. (Read also: Mussel reefs increase risk of exposure and consumption of microplastics. The study)

We know that microplastics can be the vehicle by which bacteria concentrate in coastal waters and this experiment shows that these are more easily absorbed by molluscs, ending up in the feeding of other marine animals and, ultimately, of man - he explains. Jo Preston, among the authors of the study.

Until now, studies conducted to test the impact of microplastics on marine life have used 'virgin', uncontaminated microplastics. These conditions, however, are not the real conditions in which microplastics are found in ocean waters: microbes and bacteria, in fact, 'colonize' the surface of microplastics as soon as they enter the ocean. (Read also: Fish have been ingesting microplastics for over 70 years, new shocking study)

We can define microplastics as a 'Trojan Horse' of the marine world: if they have a low impact on the respiration and feeding of oysters when not contaminated, their devastating effect increases considerably when they are 'hidden' by the biofilm - he explains again. Preston. - The damage caused by what we have discovered is still unclear, but this study opens the door for further research on the topic and the long-term impacts of biofilm-contaminated plastics not only on mollusks, but on all marine inhabitants.

Fonti: Science of the Total Enviroment / University of Portsmouth

What is the best oil for frying? Olive oil according to a recent study ❯

add a comment of Unfortunately, oysters are becoming greedy for microplastics due to the bacteria that settle on them