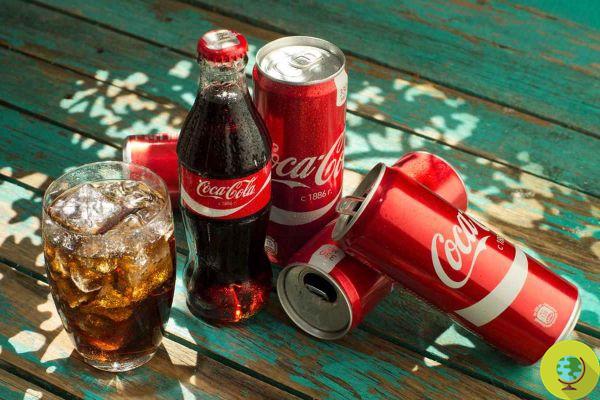 A study shows how the Coca-Cola Company used sponsorship of international public health conferences as a way to cover its responsibility for the obesity epidemic, while placing the blame on the lack of physical activity and individual choices of consumers.

The same group, last August, had already collaborated on another investigation which, analyzing thousands of e-mails exchanged between the Coca-Cola Company and the GEBN, a global network of scientists, had reached the same conclusions: Coca-Cola Company had paid scientists and academics to "obscure" the damage of sugar.

The new study also found that:

"Coca-Cola has deliberated with its sponsored researchers the topics to be presented at the ICPAPH, despite publicly affirming the contrary, in an attempt to shift the blame for the growing incidence of obesity and diet-related diseases from its products to physical activity and individual choice"

The documents show that Rhona Applebaum, at the time Coca-Cola's scientific and health director, wanted to focus attention precisely on "individual behavior and motivation".

"Coca-Cola has used ICPAPH to promote its front groups and sponsored research networks and to foster relationships with public health leaders in order to use their authority to spread Coca-Cola messages," the study authors write.

In practice, the sponsorships had a second purpose: to use these conferences, and the scientists who participated in them, as a means to convey the messages that the Coca-Cola Company wanted, above all to minimize the role of its drinks in the increasingly widespread epidemic. of obesity that is affecting the world.

What to do to avoid such cases in the future? Benjamin Wood, a physician and graduate student at Deakin University, one of the study's co-authors, said that:

“The process of generating and disseminating public health research needs to be better protected from the influence of companies with interests clearly in conflict with those of public health. One step to achieve this goal is to eliminate all forms of sponsorship from companies active in sectors that are harmful to health ”.

The document argues in practice that the dissemination of scientific knowledge through conferences should be better protected from hidden forms of influence of the companies directly concerned:

No more sponsorships, therefore, when there could be a conflict of interest to the detriment of consumers' health. Undoubtedly an important goal to achieve.

Fonti: US Right to Know / The Bmj

This is what the perfect hug is like (according to science) ❯