Plant-based proteins are good for you (and live longer) 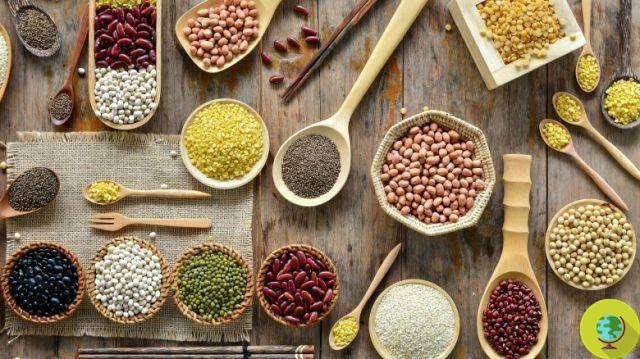 Vegetable proteins reduce the risk of death while animal proteins increase it. This is stated by experts who conducted a new study on proteins just published in the scientific journal Jama Internal Medicine.

Vegetable proteins reduce the risk of death while animal proteins increase it. This is stated by experts who conducted a new study on proteins just published in the scientific journal Jama Internal Medicine.

Mingyang Song and the other authors used data from two large studies conducted in the United States to make their own assessments. They analyzed the various specific causes of death and associated them with the consumption of vegetable or animal proteins.

Of the more than 131 study participants, 85 were women (64,7%) with an average age of 49 years. The average protein intake measured as a percentage of calories was 14% for animal proteins and 4% for vegetable proteins.

According to the study authors, each increased intake of animal proteins (with a 10% increase in total calories) was associated with a 2% higher risk of death from all causes considered and 8% higher for death from cardiovascular diseases such as heart attack.

On the contrary, theincreased consumption of vegetable proteins (with a 3% increase in total calories) was associated with a 10% reduction in the risk of death overall and a 12% reduction in death from cardiovascular disease.

The increased risk of death from higher animal protein consumption was greater among participants who were obese or used to drink a lot of alcohol.

Experts therefore recommend replace at least part of the animal proteins present in one's diet with vegetable proteins, with particular reference to red meat and eggs, in order to obtain health benefits. According to experts, the same public health recommendations should suggest an improvement in the provenance of dietary proteins.

Who follows avegetarian or vegan food already has an advantage in reducing the consumption of animal proteins, bearing in mind that vegans do not consume it at all. Between main sources of vegetable proteins we find legumes and nuts, oil seeds, tofu, tempeh and quinoa, but proteins are also present in fruit and vegetables. To find out the protein content of the various foods, the advice is to consult the composition tables of Crea's foods.

Wrinkles? It's all about hydration! Drinking lots of water helps prevent them ❯