The vegan diet improves the gut microbiome in just 4 months. I study 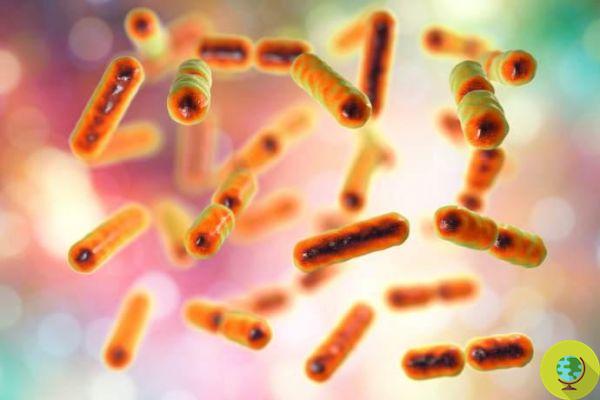 
Il intestinal microbiome, or microbiota, is the set of microorganisms that live inside our intestine.
The microbiome is essential not only for the health of the digestive system but for our entire body, because affects the immune system and has a decisive role in the onset of many pathologies, including tumors.

When the intestine is populated by "good" bacteria, our whole body is affected in a positive way; on the contrary, a microbiome characterized by "bad" bacteria can compromise our health and also have negative effects on mood.

La composition of the microbiome is influenced by many factors including power. The food we eat plays a decisive role in proliferation of a bacterial species rather than another and, since bacteria compete with each other, adopting a diet that favors good microorganisms simultaneously discourages the proliferation of harmful or pathogenic species.
According to recent study, follow one vegan diet promotes intestinal health since promotes the proliferation of good bacteria.

The research, the results of which were presented last week at the annual meeting of the European Association for the Study of Diabetes, involved 147 participants divided into two groups.

The first group followed a low fat vegan diet for 16 weeks, while the second group did not change their diet.
After four months, the researchers compared the changes in the microbiome in the two groups, showing one healthier and more diverse intestinal bacterial population in those who had consumed only foods of vegetable origin.
Furthermore, the group following the vegan diet also showed a decrease in body weight, fat mass and visceral fat.

The study showed that a plant-based diet, thanks to increased supply of fibers, antioxidants and phytonutrients it is able to modify the intestinal bacterial population very quickly and for the better.

Although the vegan diet has shown it can make benefits to the microbiota and consequently to the whole organismTo have a functioning intestine it is not necessary to drastically eliminate all foods of animal origin.

Initially it is enough introduce more and more plant-based foods into one's diet, varying as much as possible between all the types of fruit and vegetables available and preferring them over foods of animal origin.
Those who are not used to eating a lot of vegetables may experience abdominal bloating, but they should not be discouraged: it is enough to wait for the body to adapt to the new eating routine to stop having this type of ailments.
Eliminating or reducing foods of animal origin It is also easy to make the mistake of following a monotonous diet or one that is too rich in packaged, refined or processed foods, mistakes that would compromise intestinal health rather than improve it. To have a healthy microbiota, you need to eat foods that have undergone little transformation.

A plant-based diet is the way to go to stay healthy longer but the transition from an omnivorous diet to a vegan diet can seem very difficult for some. These people can consult a nutritionist or dietician who will develop a varied and balanced diet for them taking into account lifestyle, cooking habits and tastes.

add a comment of The vegan diet improves the gut microbiome in just 4 months. I study