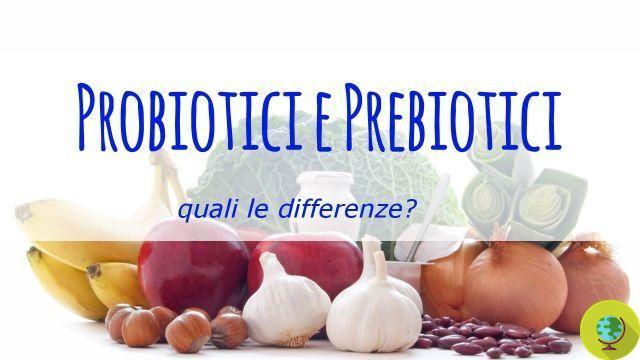 Regular consumption of probiotics, the good bacteria found in yogurt and fermented foods, can help keep blood pressure in check, according to a new review of studies conducted so far by researchers.

Regular consumption of Probiotics, the good bacteria contained in the yogurt and in fermented foods, could help keep blood pressure under control blood, according to a new review of studies conducted so far by researchers.


Experts have found that consuming an appropriate amount of probiotics for at least two months turns out to be able to lower blood pressure. "I don't think ordinary citizens have fully understood how much probiotics can be beneficial for health" - said Jing Sun, who worked on the study at Griffith University School of Medicine. In his opinion, the challenge now is to convince the population and patients to accept the introduction of probiotics in their daily diet.

Studies conducted in the past had shown that probiotics have a positive effect on blood sugar levels cholesterol and some hormones, which together can impact blood circulation. The new indications, as the experts point out, do not determine that patients can replace blood pressure drugs with probiotics and it is not yet clear which types of the latter work the most.

According l 'American Heart Association, high pressure starts from values ​​of 140/90 and can increase the risk of heart disease, heart attack, stroke, kidney and circulation problems. Until now, people with hypertension have been advised of drugs as the only treatment considered effective by the scientific community, but over time this could change. Above all, it would be good to focus on the spread of healthier diets and lifestyles in the name of prevention.

The new research was published in the journal Hypertension and combines the results of nine studies that required part of the participants to take probiotics. Seven of the trials were conducted in double blind. This means that neither the patients nor the researchers knew who was taking probiotics or not. Different varieties of probiotics have been distributed through yogurt and milk.

Experts have chosen common foods that featured realistic levels of probiotics. They did not use supplements or other supplements, but the products that are normally found for sale and that contain probiotics. According to experts, enriching the intestine with probiotics promotes the growth of good bacterial flora and its positive action to improve the health of the organism. However, some insights will be needed to understand which probiotics are best acting for lower the pressure. In any case, the researchers reiterate that do not substitute medicines for high blood pressure with probiotics, but if ever to combine both remedies, waiting to learn more.

Find out here what the foods rich in probiotics.

Probiotic and prebiotic foods: what they are, benefits and where to find them
Fermented foods: natural probiotic supplements Kefir: all the health benefits. Here's how to prepare it
Probiotics: the unexpected beneficial effect for the lungs discovered by a new study ❯

add a comment of Probiotics and yogurt, help to lower blood pressure