No more aspartame in Pepsi Cola 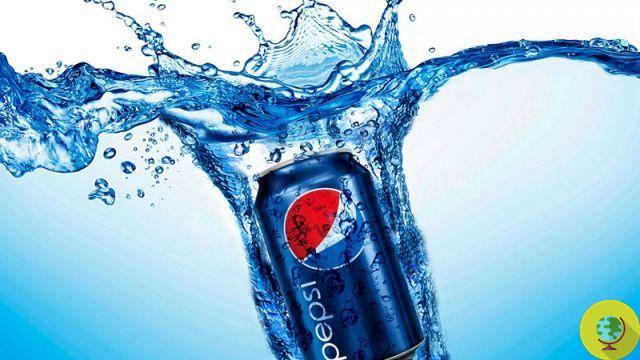 Get rid of aspartame from Pepsi. Aspartame isn't that toxic according to experts, yet the public doesn't trust it. And this is how some multinational food and beverage companies, PepsiCo in the first place


Get rid of aspartame from Pepsi. Aspartame it's not that toxic according to experts, yet the public does not trust. And that's how it is some multinational food and beverage companies, PepsiCo first and foremost, they decided to eliminate some chemical components, including artificial sweetener and various dyes. Reason? The return of image, of course.

Given, in fact, the increasingly widespread trend of looking for foods that are as natural as possible, Pepsi remove definitively from his Diet Pepsi aspartame, perceived by most as "unsafe", and decides to take a healthier path.

Instead, the company will use the sucralose, an artificial sweetener commonly known as "Splenda". Driving the decision was the fact that Americans in particular are losing their taste for "diet" drinks. Executives at Pepsi, and rival Coca-Cola, attribute the decline in sales precisely to perception that the sweetener is not safe.

To push down the market shares of diet sodas, in fact, explains Seth Kaufman, vice president of Pepsi, is almost certain that that sweetener is not safe. "Aspartame - says Kaufman - is the number one reason why consumers are abandoning soft drinks".

The first “aspartame free” cans will be on the market in the United States from August and in the meantime also another food giant, the Kraft, has decided to no longer use chemical dyes, accused by some studies but not confirmed by regulatory agencies, of contribute to attention deficit syndrome in children, in his "macaroni and cheese”(A very popular dish based on pasta and cheese in the States and which is very likely not to be found here, fortunately).

Finally, too Nestle announced its goodbye to artificial colors and flavorings in some popular chocolate bars, while the General Mills has decided to ban GMOs from Cheerios, its most famous cereals, also on the push of a Facebook group of more than 40 thousand people. And how is it doing McDonalds? Well, in early March he announced that it will eliminate the antibiotics from their own chicken farms.

All electrocuted on the road to Damascus, it seems to understand. Where's the catch?

Aspartame: for the EU it is safe

Aspartame: is it bad or bad for your health?

add a comment of No more aspartame in Pepsi Cola