Nausea: what triggers it, what to eat and how to relieve it? 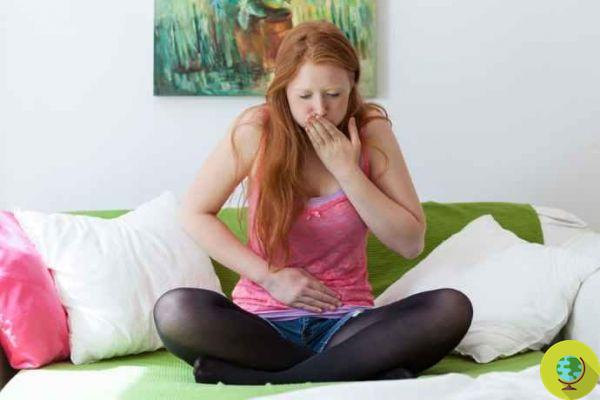 What triggers nausea and how can you relieve it?

A really annoying disorder that upsets the stomach: nausea is a fairly common symptom that can sometimes also lead to vomiting and which is mostly associated with harmless and transient ailments, but also with certain more complex diseases. But what triggers nausea and how can it be alleviated?


In general, what is certain is that nausea is not a pathological condition in itself but rather a symptom of some diseases, many affecting the gastrointestinal tract, which manifests itself with a feeling of sickness in the upper part of the stomach and which rises to the back of the throat.

If in some cases it presents itself as a kind of defense of the organism, in others the cause is nothing more than the side effect of some drugs, indigestion or the signal of pregnancy. If it should occur with a certain frequency or following a trauma to the head, headache, it is good to consult an expert.

Many factors can trigger nausea. The causes they can range from problems affecting the abdominal or pelvic organs - such as colitis, painful menstruation, hepatitis, gastroesophageal reflux or gastritis - to central nervous system disorders - such as migraines, stroke or trauma to the head and brain hemorrhages - up to problems affecting the balance centers of the inner ear - such as benign paroxysmal positional vertigo, labyrinthitis or motion sickness.

In addition, factors such as:

What to eat and how to relieve nausea

What is perhaps best done, especially if the nausea is clearly due to digestive problems or poor digestion of certain foods, is to indulge. fasting and skip a meal or two.

If you want to put something in your stomach, a vegetable soup or a hot drink, like a good one chamomile. It may be helpful to drink some lemon tea or some hot lemonade, but also drink some rice cooking water.

Furthermore, one of the best known natural remedies for nausea is it ginger: Drinking a ginger tea, eating a piece of fresh or candied ginger or a teaspoon of honey with a pinch of powdered ginger can ease nausea in a short time, but if you are pregnant consult your doctor first. In addition, for travel sickness, you could pour a drop or two of ginger essential oil on a handkerchief to sniff occasionally.

In all cases it is good to avoid caffeine, spicy foods and fried foods.

For everyone, including pregnant women, it is useful to have small meals often throughout the day, so that the digestive process is less demanding for the stomach.

Read here all the natural remedies to beat nausea.

Nausea: causes, symptoms and remedies that really work (even in pregnancy) ❯

add a comment of Nausea: what triggers it, what to eat and how to relieve it?