Nausea: causes, symptoms and remedies that really work (even in pregnancy)

Nausea, when and why does it occur? What remedies are most effective, especially in pregnancy?

Do not store avocado like this: is it dangerous Nausea, when and why does it occur? What remedies are most effective, especially in pregnancy?

A feeling of malaise that grips him stomach sometimes up to vomiting: nausea is a symptom very common, which can be associated with completely harmless and transient ailments, but also with certain more complex diseases. But how and why nausea occurs? And what are the remedies more effective to use especially during pregnancy?

What is clear is that nausea is not a pathological condition in itself, but rather a symptom of some diseases, many of which involve the stomach, and, in many cases, some sort of defense mechanism in the body. It can also be thecollateral effect of some drugs, it can appear after indigestion and is the most common symptom of the first months of pregnancy. Obviously, the duration of the feeling of nausea varies depending on what triggered it.

Being a signal of something wrong, if it occurs with a certain frequency, the nausea should not be underestimated.

What is nausea and causes?

It is clear, therefore, that nausea is a symptom manifesting as a feeling of discomfort in the upper part of the stomach, spreading to the chest or back of the throat. Accompanying most episodes of nausea is a sense of vomiting, which may remain so and not translate into actual rejection.

There may be nausea to trigger multiple factors: from problems affecting the abdominal or pelvic organs a central nervous system disorders to those relating to balance centers of the inner ear. If it is directly related to head trauma, headache or severe abdominal pain it should cause concern and you should seek medical attention.

Among the problems affecting the abdominal or pelvic organs, the most common causes of nausea are:

Among the problems affecting the central nervous system, the most common causes of nausea are:

Among the problems affecting the central nervous system, the most common causes of nausea are:

Nausea can also be induced by:

Nausea, we have said, is already in itself a symptom that manifests itself with a discomfort that starts in the stomach and rises to the back of the throat.

Sometimes, this is a sensation felt between the stomach and chest. Other symptoms are:

In turn, vomiting announces itself with these signs:

It is clear at this point that nausea generally is a symptom not to be underestimated if particularly associated with typical conditions:

La nausea in pregnancy is a more than common symptom and generally disappears after the first few months. It manifests itself differently from woman to woman: it usually starts in the morning, when the stomach is empty, but there are some women who suffer from it in the afternoon, others throughout the day and still others during the night.

When the nausea in pregnancy is so strong that it prevents normal daily activities, it is in the presence of hyperemesis gravidarum, which is a real clinical picture to be resolved as soon as possible with your gynecologist.

As for the causes of nausea during gestation, it is probably due to a increase in estrogen, progesterone and beta hCG in the first three months.

Nausea: remedies that really work (even in pregnancy)

If you do not suffer from any pathology and have been waking up with a distinct sense of nausea for a few mornings, then it is very likely that you are expecting a baby! Having said that, however, that problem remains to be solved: that nauseating malaise that doesn't get you into gear. 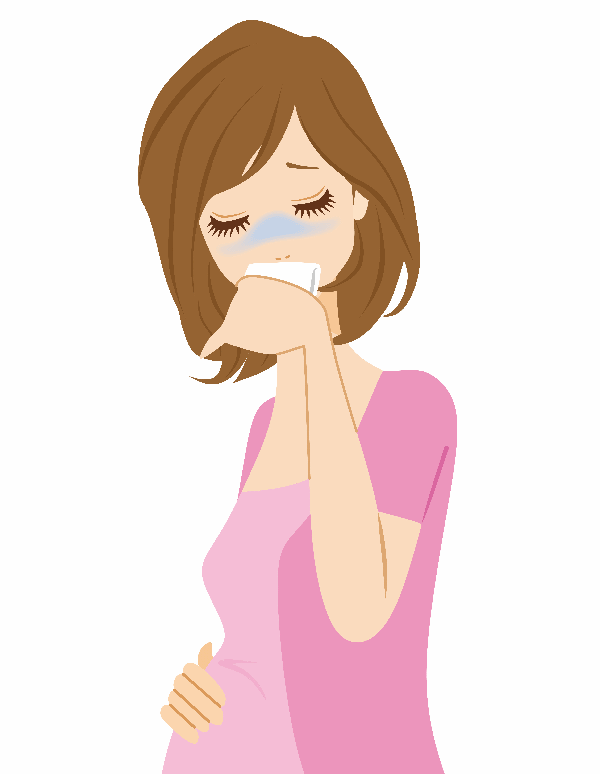 In all cases of mild nausea or in any case not related to serious diseases, it is generally recommended to:

For everyone, even for pregnant women, the rules of having small meals frequently throughout the day apply, so that the digestive process is less demanding for the stomach.

Pregnant women can also relieve the feeling of nausea:

add a comment of Nausea: causes, symptoms and remedies that really work (even in pregnancy)