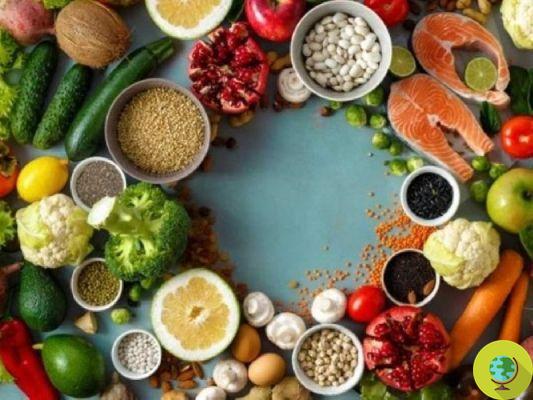 It makes you happier, extends your life by about three years, strengthens your memory and prevents Alzheimer's. It is the Mediterranean diet, the best food you can choose. Also because a new study reveals that it is also able to prevent cardiovascular disease, averting the risk of stroke and heart attack.

The Mediterranean diet against stroke and cardiovascular disease. By now we know, the Mediterranean diet makes you happier, extends your life, strengthens the memory and even the heart. That may be why it was declared a World Heritage Site and considered the best diet you can choose. Further confirmation now comes via a new study which reveals that it is also capable of prevent cardiovascular disease, averting the risk of hit out of stuff.

Researchers from the Hospital Clinic in Barcelona discovered this after analyzing 7.447 people aged between 55 and 80, of which 57% were women. For ten years 19 scientific groups in Andalusia, the Balearic Islands, Catalonia, Navarre, the Basque Country and Valencia have collected more than 20 million data from these people, all of whom are at high risk of cardiovascular disease.

Il follow-up was 5 years, with quarterly counseling sessions, individual or group. The study, published in the New England Journal of Medicine, represents the culmination of the PREDIMED study, the largest randomized clinical trial conducted in Spain and one of the largest in the world that began in 2003.

"This is the most extensive, clear and evident research to investigate the type of protection on the cardiovascular system carried out by the typical foods of the Mediterranean diet", explains Remon Estruch who directed the research, adding: "we analyzed the effects on an extensive sample and variegated, which included the elderly, also in therapy for cholesterol control and for hypertension, therefore at high risk of incurring cardiovascular disease, especially stroke ".

This is how the team revealed how the Mediterranean diet, thanks to extra virgin olive oil and dried fruit, in particular nuts, would reduce the risk of myocardial infarction, stroke and cardiovascular disease by 30%.

La Mediterranean diet it is a Unesco world heritage site.

Mediterranean Diet: the right mix of foods to make you happier