How a red meat tax would save lives and public health. The Oxford study 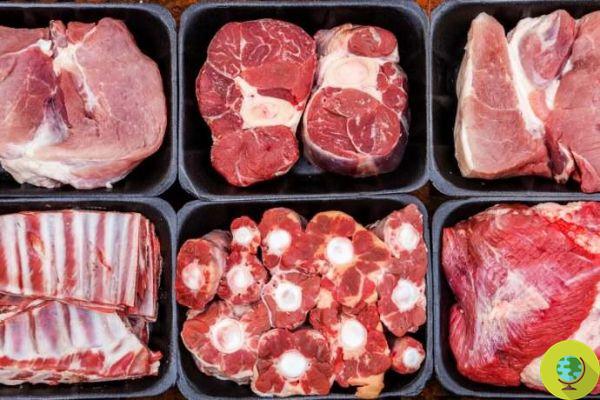 According to new research, a tax on red meat would help save many lives as well as reduce health care costs by saving funds for the health service. But to tax by how much? What percentages would the hoped-for benefits give, leading to a consistent reduction in its consumption?

According to new research, a tax on red meat would help save many lives as well as reduce health care costs by saving funds for the health service. But to tax by how much? What percentages would the hoped-for benefits give, leading to a consistent reduction in its consumption?

A tax on red meat? It seems increasingly necessary, both for an environmental issue and for health reasons. But what would be the level of tax to reflect the health costs incurred when people who habitually eat a lot of red meat get sick.

A new study from the University of Oxford tries to answer the question: taxing red meat would save many lives and set aside billions to pay for health care, revealing that the cost of processed meat, such as bacon and sausages, could double if you take into account the damage they cause to people's health.

One possibility, that of affixing one meat tax, which has actually already been discussed in several parliaments, such as Germany, Sweden and Denmark, while in China the government cut the maximum recommended consumption of meat by 45% in 2016.

In short, if governments already tax harmful products to reduce their consumption, such as sugar, alcohol or tobacco, with the growing evidence of damage to health and the environment also deriving from red meat, some experts now believe that a "tax" on beef, lamb and pork are inevitable in the longer term.

The World Health Organization already stated in 2015 that processed red meat is carcinogenic and unprocessed red meat, such as steaks and chops, is a probable carcinogen. However, people in rich nations eat more than the recommended amount of red meat, which is also linked to heart disease, stroke, and diabetes.

The new research looked at the level of tax needed to reflect the health costs incurred when people eat red meat and found that a 20% tax on unprocessed red meat and a 110% tax on the most harmful processed products in all rich countries, with lower taxes in less affluent nations, it would cut the annual deaths of 220 individuals and would raise about $ 170 billion.

The resulting rise in prices would also cut meat consumption by two servings per week - currently people in rich nations each eat one serving per day. This would lead to savings of $ 41 billion in annual healthcare costs.

"Nobody wants governments to tell people what they can and can't eat," said Marco Springmann of the University of Oxford. But the health costs incurred by eating red meat are often paid for by all taxpayers. It's great if you want to eat red meat, but this personal consumption decision is a real strain on public funds. It's not about taking something away from people, it's about being honest ”.

A choice that only affects our health? Not really. It is now clear that eating meat is also harming the planet. Already a major livestock analysis in May showed that avoiding meat and dairy products would be the best way to reduce the environmental impact, while in October, scientists reported that larger reductions in meat consumption are essential to avoid dangerous climate change, including a 90% decline in beef consumption in Western nations.

The new research uses an approach called "optimal taxation"To calculate the tax. The health costs that would be incurred by eating an additional portion of red meat are used, rather than the total health costs incurred by all people who eat red meat.

Consequently, with taxes approximately 70% of the $ 285 billion spent annually worldwide to treat diseases caused by the consumption of red meat would be recovered. To cover the total health care costs, the tax rates would have to be raised again to around double the optimal tax rates.

The researchers calculated red meat taxes for 149 different countries, with a percentage that depends on how much red meat citizens eat and the cost of their healthcare system. The United States, needless to say, would have among the highest rates, with a 163% levy on ham and sausages and a 34% levy on steaks; while in poor countries where people eat little meat, the tax rate would be close to zero.

The proposed taxes would result in a 16% reduction in processed meats consumed worldwide, according to scientists, which would reduce greenhouse gas emissions from livestock by 110 million tons per year. Plus, fewer people would become obese.

If a tax on red meat can prove to be one of those measures that would favor the environment and preserve human health, so be it. We await how each government will be able to act.

How to use onion against coughs and colds ❯

add a comment of How a red meat tax would save lives and public health. The Oxford study