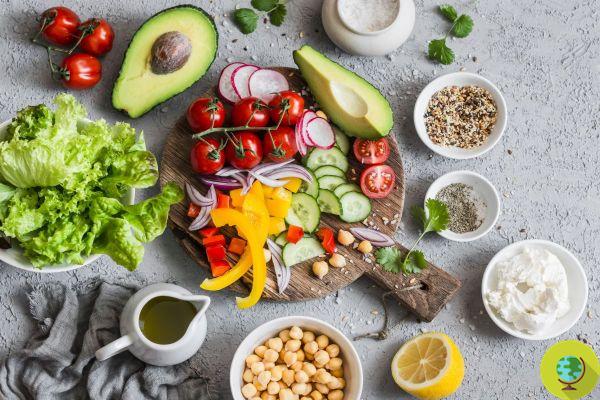 According to a study, the "green" Mediterranean diet in which red meat is completely replaced with vegetable proteins offers more benefits

An international research team argues that a "green" Mediterranean diet would be healthier than the traditional Mediterranean diet. What changes in practice? Red meat is completely eliminated by replacing it with vegetable proteins. The cardiovascular system benefits above all.


The traditional Mediterranean diet allows you to consume minimal amounts of red meat but some scientists, who published the results of their study in the journal Heart, argue that replacing even this small amount with plant-based proteins would guarantee additional health benefits.

The research was carried out on a sample of 294 sedentary and moderately obese people (mainly men, with an average age of 51 years) who were randomly assigned one of the three reference groups:

The researchers found that people who consumed higher amounts of plant protein and less red meat and poultry experienced greater cardiovascular and metabolic benefits. Their findings, according to the authors themselves, suggest further limiting the intake of meat while increasing protein-rich, plant-based foods can reduce cardiovascular risk.

The Green Med Group also saw the greatest reduction in LDL (bad) cholesterol with a decrease of almost 4%.

In short, the conclusions were clear. The authors write:

"The Green MED diet, supplemented with nuts, green tea and Mankai and with a lower meat / poultry content, can amplify the beneficial cardiometabolic effects of the Mediterranean diet".

"Greenwashing": the most polluting companies in the world become sports sponsors (which "suffocate" athletes and the Planet) ❯

add a comment of Green Med: the "green" Mediterranean diet promoted with flying colors by scientists