"Greenwashing": the most polluting companies in the world become sports sponsors (which "suffocate" athletes and the Planet) 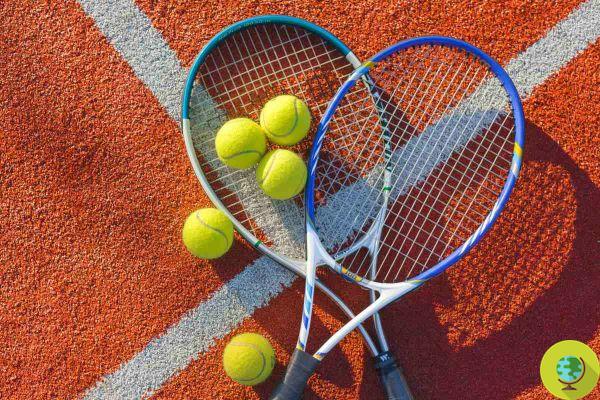 According to the authors of a recent report, with the eloquent title Sweat not oil, published on March 22 by the New Weather Institute, the oil and gas multinationals and various air and automotive companies - considered large carbon emitters and therefore responsible for the current global climate crisis - they would have invested hundreds of millions of dollars in sports sponsorship projects.


It would indeed be a green-washing strategy ("facade environmentalism") aimed at making the world of sport believe that these industrial giants are particularly sensitive to ecological issues and therefore have in no way contributed to the climate catastrophe we would be facing. witnessing.

Faced with this unacceptable state of affairs, some athletes and environmental groups are clamoring for the sports sector to step back and free itself as soon as possible from these false sympathizers of the environment, well-being and sport.

The aforementioned study focuses on as many as 250 advertising and sponsorship agreements signed between the main sports teams and organizations in the world and the large industrial conglomerates with a high carbon footprint, from car and airline companies to large oil and gas companies, including Ineos. , a British chemical company whose brand is the sponsor of one of the most prestigious professional cycling teams.

Andrew Simms, co-author of the report and co-director of the New Weather Institute, said that while sport appears to be at the forefront of the climate emergency, it floats on a sea of ​​sponsorship deals with the world's top polluters.

New report out today on how major polluters are the 'new tobacco' of sports sponsorship – 'Sweat not oil' ???@RapidTransition@NewWeatherInst@_wearepossiblehttps://t.co/RXocfRxbIA

In this way, the climate crisis would reveal its most harmful effects, accentuated by a clear legitimation of activities and lifestyles with high carbon emissions, therefore polluting, which, in turn, would have drastically reduced the scope and relevance of mobilization. international for the climate.

As already mentioned, the report drawn up by the New Weather Institute, in collaboration with the climate charity Possible and the Rapid Transition Alliance, identified a dense network of advertising and sponsorship deals between the protagonists of 13 sports, including football, cricket and tennis, and the largest polluting industries in the world. Football has concluded the largest number of deals, receiving 57 sponsorships from high-carbon industries, i.e. oil and gas companies and some airlines.

The report explains that the automotive industry is the most present high-carbon sector in the global sports sponsorship market; concluded 199 agreements covering all sports. Airlines rank second with 63 deals, followed by major oil and gas companies such as Gazprom and Ineos, whose deals have been harshly criticized by many climate campaign activists.

It was no coincidence that when Ineos was in the process of becoming a sponsor of Team Sky Cycling in 2019, a spokesperson for the chemical company confirmed the company's commitment to promoting the circular economy.

The car manufacturer Toyota is the largest sponsor, totaling 31 agreements, followed by the airline Emirates with 29 partnerships obtained.

Melissa Wilson, a member of Britain's rowing team for the Tokyo Olympics, joined the recent campaign. In your opinion, allowing polluting industries to sponsor sports organizations and clubs in the face of the climate emergency would be no different from the attempt to push athletes to doping. Sport and athletes should instead favor "clean sport" in every way and by every means and become the real protagonists of the global effort to achieve the goal of zero carbon emissions.

Simms has defined the phenomenon as sport-wash, which occurs when heavily polluting industries sponsor sport to carve out a fictitious role of supporters of a healthy activity, while in reality they are pumping lethal pollution into the atmosphere. In fact, they would be the ones to pollute the air that athletes breathe, ending up destroying the climatic stability on which every sport undeniably depends.

These major polluters would take the place of the major tobacco companies, becoming the new sports sponsors par excellence. The sponsorship of tobacco in sports is prohibited, but now, for the same reason - Simms warns - the agreements with the industrial giants of climate pollution should also be suspended, to safeguard the health of people, sport and the planet.

The UK publication is in line with a parallel high-profile campaign against sponsorship deals between British art institutions and the oil and gas giants. Some of these institutions have already decided to sever strong ties with some fossil fuel companies.

Simms finally underlined that sport, which has always been considered a key element in raising awareness of world public opinion and in promoting innovative global policies on crucial socio-economic issues, from child poverty to racism, could now become a tool for promoting fight against global climate change.

Greenwashing, 40% of European companies do it. The most used tricks

Ghrelin: what it is, what it is used for and how to keep hunger hormone at bay ❯

add a comment of "Greenwashing": the most polluting companies in the world become sports sponsors (which "suffocate" athletes and the Planet)