Fasting mimicking diet, does it really work? The results of the research

The fasting-mimicking diet would fight aging and would be great for the prevention of cancer, diabetes and obesity. Without forgetting the benefits on the heart. This is established by a clinical trial coordinated by Valter Longo on 100 patients

La mima-fasting diet it would fight aging and be great for the prevention of cancer, diabetes and obesity. Without forgetting the benefits on the heart.


This is established by a clinical trial coordinated by Walter Longo, creator of the diet, of the FIRC Institute of Molecular Oncology in Milan and of the University of Southern California School of Gerontology in Los Angeles.

The fasting mimicking diet is a diet to follow for few days and sporadically which, according to the creator, brings numerous benefits to the body because it protects and rejuvenates the cell, eliminating the damaged ones. As a long life elixir, in conclusion.

The fasting mimicking diet is characterized by a low calorie regime (800-1100 calories per day with a very careful selection of foods), low in sugar and protein, but rich in unsaturated fats which can have "anti-aging effects", thus removing diseases related toaging.

Research published in the journal Science Translational Medicine was carried out on 100 volunteers between the ages of 20 and 70, some of them obese or overweight. 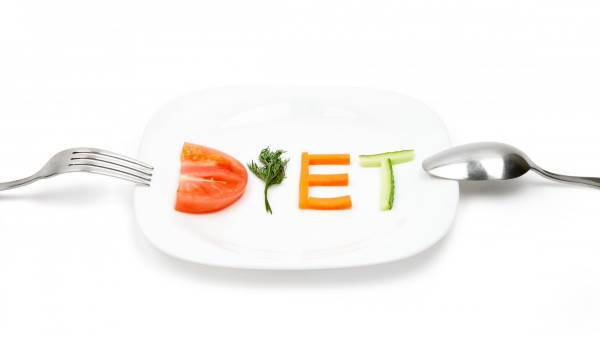 The fasting mimicking diet is so called because imitates the beneficial effects of fasting without incurring health risks. Dr. Longo had already talked about positive effects on people cancer patients, with limitation of collateral disorders during chemotherapy.

Now, the purpose of this new trial was to see the effects of this diet in preventing diseases associated with aging.

The fasting mimicking diet was followed for five consecutive days once a month for three months from one hundred people aged between i 20 and 70 years from California.

The results showed that properly followed it reduced the r-factorscardiovascular ischium including blood pressure, signs of, as well as fasting glucose level and those of type 1 insulin-like growth factor (IGF-1), involved in the processes of synthesis of biomolecules and key regulator of cell proliferation. In addition, the fasting mimicking diet has led to a waist reduction and a loss of weight, total body fat and abdominal fat, but not muscle mass.

READ also: MIMA-FASTING DIET: WHERE TO FIND THE KIT

A panacea especially for those suffering from obesity, blood sugar or high blood pressure.

“The improvement of the values ​​of pressure, cholesterol, glucose, IGF-1 was significant in the subjects who had them out of the norm, while in those who had them in the norm they remained unaltered; even if for example igf-1 decreased even if to a lesser extent, even in patients with normal but potentially risky values ​​”, the study reads.

In summary, the dietary regimen could lead to the reduction of risk factors for diabetes, cancer and cardiovascular disease, including the reduction of abdominal fat, blood pressure, cholesterol, inflammatory factor CRP, the IGF-1 molecule associated with cancer and aging, all without loss of muscle mass.

However, remember that the fasting mimicking diet has some contraindications and that it is always good to consult the your doctor, excluding apart from the do-it-yourself.

It will be the doctor himself who will determine if the parameters of weight, pressure, body temperature are in line with this type of diet. Not forgetting, that the specifications blood analysis damage the general state of health and must be done before starting dietary changes.

The fasting mimicking diet can, for example, be dangerous for frail or elderly people (the recommended age to follow it is from 20 to 70 years), for insulin-dependent diabetics and anorexic or underweight people. But it can be harmful to everyone if you don't follow the right guidelines.

add a comment of Fasting mimicking diet, does it really work? The results of the research