Escherichia Coli: it's not cucumbers. So where does the bacterium come from? 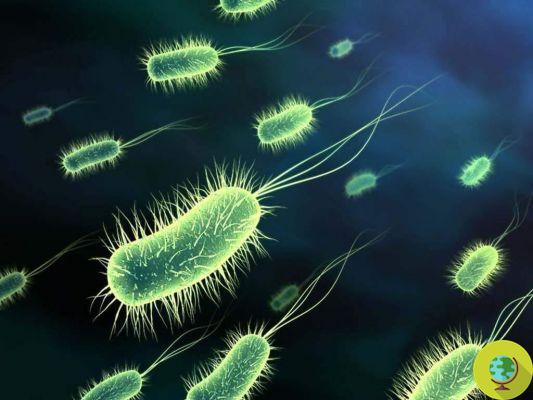 The offending cucumbers are not from Spain. The origin of the food is still unknown, causing 17 deaths in Germany alone

The mystery of the deaths linked to the Enterobacteria is becoming more and more dense Escherichia Coli, which in Germany has already done 17 victims. At first, it was thought that the problem was related to a batch of cucumbers from the Spain. News denied today, given that this bacterium is present on these vegetables but with a different strain than the one that caused the death of 15 women and 2 boys.


But then, if the problem doesn't come from the Spain, what is the cause? The specter that looms over the story is that the origin of this bacterium is not yet known. It could be everywhere, for this reason, the German health authorities called for greater attention to what you eat and above all to hygiene.

Recall that, at the base of the deaths there was the tossina Shiga, developed by the E. coli bacterium, particularly present in ruminants, which do not get sick but transmit it to milk and meat and all their products, including plants that have come into contact with water and soil contaminated by the dispersion of infected faeces.

Unpasteurized milk and cheeses are the foods at risk, followed by undercooked meat, raw vegetables and finally by unpasteurized fruit juices.

Meanwhile, the war between Spain and Germany broke out. The Minister of Health of the city-state of Hamburg, Cornelia Pruefer-Storcks, turned around the conclusion that cucumbers from Spain were the cause of death. Yesterday, you therefore declared that the pathogens traced on Spanish cucumbers did not correspond to those present in the feces of some patients: "The source of the infection has not yet been identified," concluded Pruefer-Storcks.

And the Spain certainly did not take it well. The Spanish Minister of Agriculture, Rose Aguilar, in fact, he answered rather harshly to the German colleague: “We are disappointed with the management of the situation in Germany”.

Healthcare ticket exemption: when, how and who can request it ❯

add a comment of Escherichia Coli: it's not cucumbers. So where does the bacterium come from?