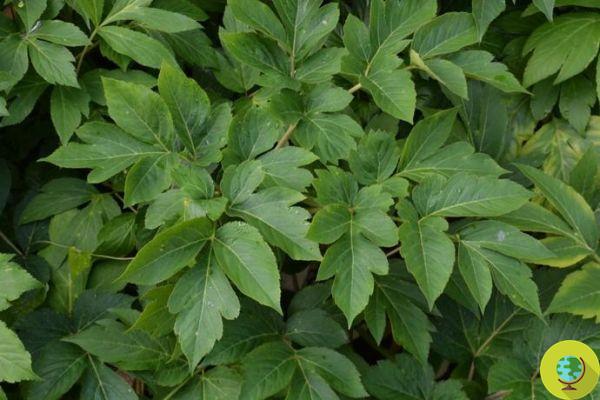 The elixir of life? It is found in a common Japanese plant known as angelica keiskei. A team of researchers has discovered a molecule, a flavonoid, capable of reducing age-associated cell decline in both animals and humans

The elixir of life? It is found in a common Japanese plant known as angelica keiskei. A team of researchers has discovered a molecule, a flavonoid, capable of reducing age-associated cell decline in both animals and humans.


It is a flowering plant belonging to the carrot family already known and used by traditional oriental medicine for its beneficial effects on health. Now, scientists from the Austrian University of Graz have identified a flavonoid capable of slowing the aging of yeast cells, worms and humans.

Aging, as we know, causes very specific changes in cells. Most anti-aging treatments try to counteract these changes, usually related to a process called autophagy. The latter is the cell recycling program, which removes some damaged components. In this way, new and healthy cells can take their place. Impaired autophagy can also cause degenerative diseases.

Frank Madeo and colleagues from the University of Graz looked at a group of flavonoids derived from angelica keiskei plants, the use of which is associated with cellular health and a wide range of health benefits. They thus identified a particular flavonoid, 4,4′-dimethoxycoxone (DMC), capable of slowing down the aging process of cells.

This compound is commonly found in the leaves of the plant, also known as Ashitaba, "leaf of tomorrow". The leaves have been the basis of the samurai diet for millennia. Although Ashitaba has been used in traditional Japanese medicine for some time, its purported beneficial properties had never been fully demonstrated in living things.

“Specifically, we identify CMD in the Angelica keiskei koidzumi plant, which is attributed to longevity and health-promoting effects in traditional Asian medicine,” the researchers write in the study.

Its properties have been tested on yeast, worms, fruit flies, confirming its potential. In these cases, the lifespan increased by 20%. Then the studies were also extended to human cells and the results were positive, with an increase in autophagy.

Even if further research will be needed especially for the application on humans, certainly the power of plants is undeniable.

The study was published in Nature.