Diet with yo-yo effect: it is bad for the heart of women. Literally 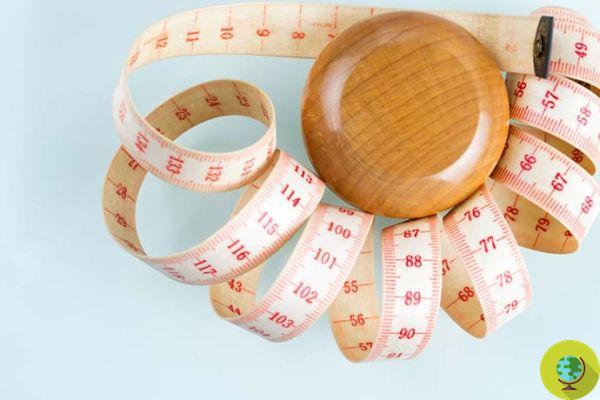 One of the biggest risks of diets, especially do-it-yourself diets, is to find yourself struggling with the so-called yo-yo effect. Research has now noted an increased risk of heart disease in women who initially lost weight and then regained the weight they lost within a year.

One of the biggest risks of diets, especially do-it-yourself ones, is to be struggling with the so-called yo-yo effect. Research has now noted an increased risk of heart disease in women who initially lost weight and then regained the weight they lost within a year.

According to preliminary research presented at the American Heart Association's Epidemiology and Prevention | Lifestyle and Cardiometabolic Health Scientific Sessions 2019, l'yo-yo effect due to diets, as well as several other causes, it can make it more difficult for women to control a number of risk factors for heart disease.

The study was conducted by sampling 485 women with an average age of 37, of different ethnicities (61% were minorities), average body mass index 26 and overweight. The women reported how many times (except for pregnancies) they had lost at least 10 pounds and then regained them within a year.

Most of the women (73%) reported at least one episode of weight loss with a yo-yo effect. The researchers found that women subjected to one or more episodes of this kind had:

Basically the results showed that women who had lost at least 4,5 kg and then regained them within 12 months were the ones most likely to have a poor score on Life's Simple 7. Furthermore, the greater the episodes of yo effect. -yo in the course of a woman's life and the worst were always the scores obtained relative to Life's Simple 7. Finally, it was seen that the negative impact of weight loss was more surprising in women who had never been pregnant.

As Brooke Aggarwal, senior author of the study and assistant professor of medical sciences at Columbia University Vagelos College of Physicians and Surgeons in New York said:

"Achieving a healthy weight is generally recommended for heart health but maintaining weight loss is difficult and weight fluctuations can make it more difficult to achieve ideal cardiovascular health."

Further confirmation is needed to clarify the results obtained but certainly maintaining your weight is always a good idea and not just for cardiovascular health. We also try as much as possible to avoid fluctuations that could actually put our body's resources in difficulty.

Cram diet, the regimen that promises to lose weight in 3 days with only 4 ingredients ❯

add a comment of Diet with yo-yo effect: it is bad for the heart of women. Literally