Coffee under the WHO lens. New carcinogen after processed meat? 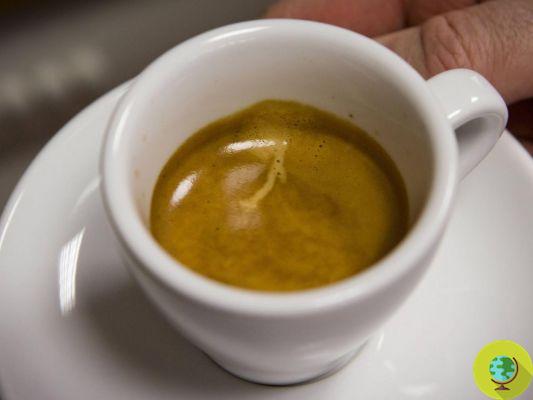 Red meat and sausages alarm, the new WHO document raises discussions around the world and brings back to the center the theme of nutrition and the opportunity to continue to consume or to say goodbye to meat. WHO's next step will be to investigate the benefits and negative effects of one of the world's most popular beverages: coffee.

Alarm Red meat and sausages, the new WHO document makes people discuss all over the world and brings back to the center the theme of nutrition and the opportunity to continue to consume or to say goodbye to meat. WHO's next step will be to investigate the benefits and negative effects of one of the most popular drinks in the world: the coffee.

Lo IARC, the WHO agency for cancer research, has decided to target coffee. From next year we will focus on understanding how much this drink is really beneficial for health.

Before entering the world of coffee and hot drinks, the IARC from the 2 to the 9 February 2016 will meet in a meeting to discuss another very important issue: the use of bisphenol by industries and its effects on health.

This substance is already known as endocrine disruptor capable of altering the proper functioning of the human hormonal system. Overall, the meeting will concern seven molecules to be kept under control, used on an industrial level.

Regarding coffee, the IARC will meet from 24 to 31 May 2016 and on this occasion will be disclosed the analisi relative alla monografia "Coffee, Mate and other very hot drinks" which will reveal scientific studies concerning carcinogenicity.

What will be the conclusions of the IARC regarding the consumption of coffee and other very hot drinks and their effects on health? And what about bisphenol, a substance whose health hazard we have been wondering for some time?

Does meat cause cancer? The WHO shock document
10 reasons to at least eliminate red meat from your diet
Caffeine: 50% of people who drink coffee are addicted to it

The heat makes us dumber, the word of science ❯

add a comment of Coffee under the WHO lens. New carcinogen after processed meat?