The heat makes us dumber, the word of science 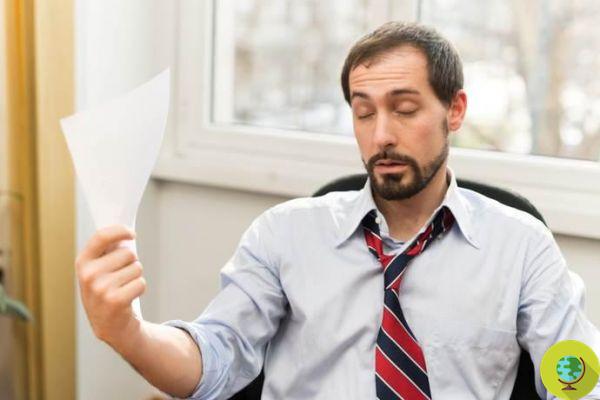 Have you ever put the keys in the refrigerator or the salt in the coffee these days? Do not worry, it is the heat that makes you more stupid, says science. A new study published in Plos Medicine shows, in fact, that heat alters our cognitive abilities.

Have you ever put the keys in the refrigerator or the salt in the coffee these days? Do not worry, it is the heat that makes you more stupid, says science. A new study published in Plos Medicine shows, in fact, that heat alters our cognitive abilities.

A curious study by Harvard scientists who, after the record heat of summer 2016, have started a research to understand if and how high temperatures affect the cognitive abilities of young and healthy subjects.

Television reports on how usually arrive on time children and the elderly must protect themselves from the heat. The team of researchers who focused the study on that portion of the population that is not usually among those most at risk takes care of the others. And the results are very unique.

The sample consisted of 44 volunteers who were divided into two different buildings: one modern and equipped with an air conditioning system, the other built around 1930 and without air conditioning. For twelve days, when they woke up, they had to solve two tests: one that asked them to identify words and colors very quickly, another made up of very simple math problems.

What emerged? On warmer days, volunteers who slept without air conditioning were slower on the color test and made more mistakes in math tests, while those who stayed with air conditioning were quicker and more alert. Hence, the result is that heat undermines our cognitive abilities and slows reaction times.

The study and climate change

The study that could actually make us smile should be placed in a broader context. The researchers are convinced that these results can convey an important message, namely that climate change has repercussions on the population in general and not only on the weakest. The heat could therefore affect educational attainment, productivity and safety in the workplace.

Cannabidiol (CBD) can kill a wide range of antibiotic-resistant bacteria. I study ❯

add a comment of The heat makes us dumber, the word of science