Breakfast: skipping it as a teenager increases the risk of diabetes and obesity as adults 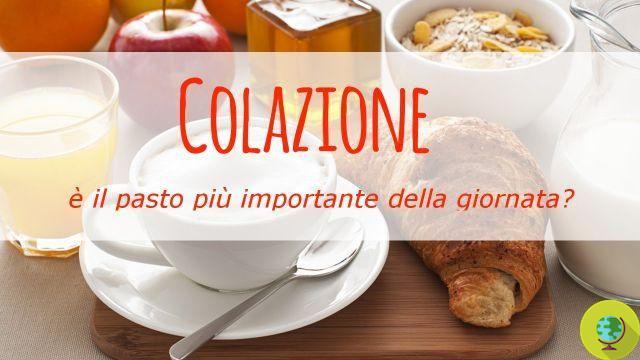 Never skip breakfast, especially if you are a teenager. This would lead to a greater risk of experiencing metabolic problems as an adult

Breakfast, never skip it especially when you are a teenager. The risk is that adults run into problems such as metabolic syndrome and diabetes, less frequent in young people who instead eat breakfast regularly.

Most doctors and nutritionists point out how breakfast is a fundamental meal, probably the most important of the day because it is the one that interrupts the night fast and must provide us with the initial input to be able to face all our commitments in the best possible way.

Now a research carried out by the Department of Clinical Medicine and Public Health of the Umea University, in Sweden, gives us an extra piece on the subject of breakfast, underlining its importance especially during adolescence when all the characteristics of the person are still being formed and wrong choices can lead to problems to be faced later in adulthood.

The survey, published on Public Health Nutrition, lasted 27 years and were taken as a sample 889 guys healthy people from the Swedish city of Lulea followed from the age of 16 until they were 43. What the researchers found was that kids who skipped breakfast had up to 68% higher risk of suffering from metabolic syndrome as adults. The latter is not classified as a real disease, but involves a set of cardiovascular risk factors which can lead to the development of pathologies. Among the most dangerous things it involves are the formation of abdominal fat, blood sugar and high blood pressure as well as low levels of good cholesterol (HDL).

As for breakfast it is important to know that it is not enough to drink a coffee and eat something sweet but it is important that this be a complete meal of cereals and fruit. Here are some ideas for making an excellent and healthy breakfast avoiding cappuccino and croissant!

- 10 alternative breakfasts to croissant and cappuccino

- 10 mistakes not to make at breakfast

Healthy breakfast: are you doing it right? 10 rules to follow ❯

add a comment of Breakfast: skipping it as a teenager increases the risk of diabetes and obesity as adults