Autism, vaccine fault? Compensation from the Ministry of Health for a sick child 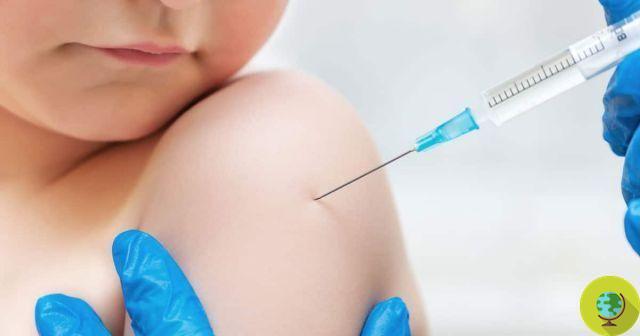 Autism and vaccines, is there a correlation? The Ministry of Health will have to pay a bimonthly allowance to a child with autism for life. In 2006 he received an injection with the Infanrix Hexa Sk hexavalent vaccine.


Autism e vaccines, is there a correlation? The Ministry of Health he will have to pay a bimonthly allowance to a child with autism for life. In 2006 she had received an injection with the hexavalent vaccine Infanrix Hexa Sk.

One established it judgment of Labor Court of Milan, according to which the existence of the causal link between vaccination and disease. In 2011, the child's family filed a claim with the Ministry of Health, which was rejected.

Later he therefore decided to contact the judge. The ruling issued by the Milan Labor Court is already causing discussion. It remains to be seen whether the Ministry of Health will still be able to appeal, given that the terms would have expired.

Alberto Tornatore, doctor of the Court, said that it is probable that the child's artistic disturbance was caused "on the basis of the polymorphism that made him susceptible to toxicity of one or more ingredients (or pollutants), from the Infrarix Hexa Sk vaccine ".

This hexavalent vaccine it is given as three injections in the first year of life with the intent to protect against poliomyelitis, diphtheria, tetanus, hepatitis B and infections with Haemophilus influenza type B. The diagnosis of autism for the child came in 2010.

The child's lawyer, Alessandra Genovesi, announced that since last September 23, the date of the sentence, 60 days have passed within which the Ministry of Health could have lodged an appeal and it does not appear that up to now it has done so.

The child's family hopes that more caution can be introduced in vaccinations in the future. The check will be bimonthly and will be calculated from a base value of 1683 euros, plus a one-time compensation.

The medical examiner's report refers to the side effects of Infanrix Hexa Sk vaccine emerged during the pre-authorization clinical trial and subsequently, between October 2009 and October 2011. There would be five autism cases reported during vaccine trials ma omitted from the list of adverse effects submitted to the health authorities for marketing authorization.

It is a very serious fact that the vaccine in question would have been offered for sale without indicating autism among the possible side effects of its administration to children. According to the ruling, in this vaccine there would be a specific detrimental suitability for the artistic disorder.

According to the health authorities, the widespread alarmism related to vaccines would be unjustified and would have caused a collapse of vaccinated children in the last three years. Can parents really rely on vaccinations with their eyes closed? If autism, as a possible side effect of the vaccine in question, has really been excluded from the list of adverse effects to be submitted to the health authorities, it seems that very other interests prevail over the true protection of children's health.

add a comment of Autism, vaccine fault? Compensation from the Ministry of Health for a sick child