What is Disease X, the probable epidemic that worries the WHO 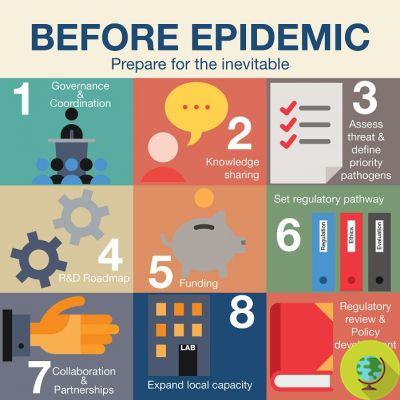 Among the diseases that are all equally priority and which could pose important risks to public health and for which further research and development will be necessary, there is also a certain "Disease X".

Disease X as one of the possible epidemics of the future. It is not a joke, but a careful analysis conducted by the World Health Organization which has identified diseases that pose a risk to public health due to their epidemic potential and for which real countermeasures do not yet exist or are not sufficient. And disease X is one of them.


In short, in the frenzied attempt to understand which diseases and pathogens to give priority to in research in public health emergency contexts, this appears "Disease X”, Aware that a serious international epidemic could be caused by a currently unknown pathogen and cause human disease.

After an initial list of priority diseases released in December 2015, the list was first reviewed in January 2017 and now, in February 2018, WHO has made a second review.

The diseases have been identified by R&D experts Blueprint, a global strategy and alert plan that allows you to leverage R&D (Research and Development) activities for ongoing epidemics. The aim is to speed up the availability of effective diagnostic tests, vaccines and drugs to be used to save lives and stem infections.

WHO is the coordinator of the Blueprint R&D expert group, an initiative that arose after the Ebola epidemic in West Africa (2013-2016).

Experts believe that, given their potential to cause a public health emergency and the absence of effective drugs and / or vaccines, there is an urgent need for accelerated research and development to:

These diseases - all of which are of equal priority - pose major public health risks and further research and development, including surveillance and diagnostics, is needed.

What is Disease X

It is not yet known. What seems certain is that it would be a potential danger that should not catch governments, international organizations and communities unprepared. According to experts, it would be a disease that could give rise to a serious one large-scale epidemic caused by a pathogen that will need an action plan focused on timely diagnosis and treatment.

In the list of diseases, there are some such as dengue, HIV / AIDS, tuberculosis, malaria, smallpox, plague, cholera and leishmaniasis, which do not represent a priority but continue to pose problems for international health and require additional investments compared to tools that are already being used to counter them. The experts also reiterated the need to address anti-microbial resistance through specific international initiatives.

What is demyelination, the nervous system disorder that Fedez suffers from ❯

add a comment of What is Disease X, the probable epidemic that worries the WHO