What happens to your gut with all the microplastic you are ingesting? It's worse than expected ... 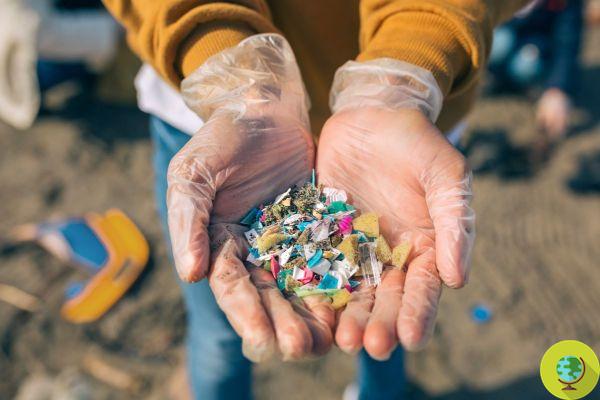 Ingesting microplastics could be linked to irritable bowel disease, according to a new study.


A new study published Wednesday in the American Chemical Society's (ACS) Environmental Science & Technology found that people suffering from inflammatory bowel disease (IBD) have more microplastics in their stools compared to people who do not suffer from it.

"We present evidence indicating that there is a correlation between fecal [microplastic] MP concentration and IBD severity," the study authors wrote.

Both microplastic exposure and IBD, which includes Crohn's disease and ulcerative colitis, are on the rise. Scientists have found microplastics in drinking water, table salt and seafood, and it is possible for humans to eat between 39.000 and 52.000 microplastic particles per year.

Now a new study gives us new evidence on the link between microplastics and gut inflammation, gut microbiome disorders and other problems in animals.

"The positive correlation between fecal MP and IBD status suggests that exposure to microplastics may be related to the disease process or that IBD exacerbates retention of microplastics," the study authors wrote.

The research also sought to understand how people might ingest microplastics thanks to a survey on their eating habits. People who reported drinking bottled water, eating take-out food, and being exposed to dust were more likely to have microplastics in their samples. The most common types of plastics that have emerged are polyethylene terephthalate (PET), used for food bottles and containers, and polyamide (PA), used for food packaging and textiles.

"This study provides evidence that we are actually ingesting microplastics," Danopoulos of Hull York Medical School in the UK, who was not involved in the research, told Guardian Evangelos. “This is an important study as it broadens the evidence base for human exposures. More data on possible confounding factors is needed to build a causal association with specific human health conditions ”.

Microplastics damage human cells: levels that cause side effects measured for the first time

What happens to your hippocampus when you don't get enough sleep ❯

add a comment of What happens to your gut with all the microplastic you are ingesting? It's worse than expected ...