Washing at high temperatures (paradoxically) promotes the spread of bacteria in the washing machine. I study 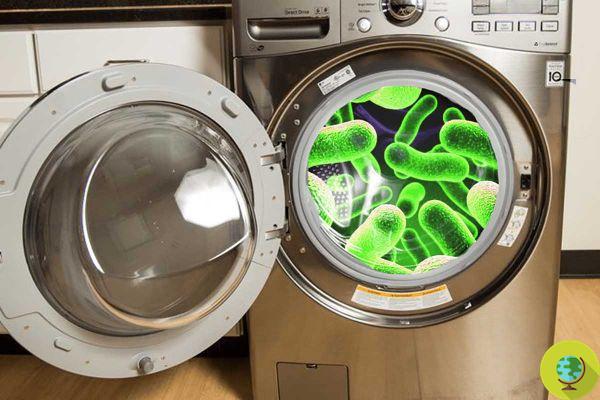 Washing at high temperatures is considered a safe way to fight bacteria and therefore find yourself with perfectly clean and sanitized cloths. But is it really so? New research has made a truly unexpected discovery.


A study from the University of Furtwangen in Germany has come to surprising conclusions regarding the use of washing machines and the established habit of washing at high temperatures to more effectively fight dirt and bacteria.

Well, the new research published in the journal “Microorganisms” has found that it is precisely these washings that favor an ideal habitat (warm and humid) for bacteria so that they can grow and thrive more easily inside the appliance.

For this purpose they were taken from 13 washing machines a total of 50 samples. In particular, the researchers went to analyze, using molecular biological methods, the detergent drawer, the door seal, the well and the laundry fibers.

In addition, the owners of the washing machines were interviewed to collect information about their washing habits.

In the study, the scientists wanted to specifically examine certain aspects: which bacteria are in the washing machine, where exactly they proliferate best and which factors influence their composition.

The results showed that the door seals are the favorite places for the bacterium "Moraxella osloensis", responsible for bad smells. The highest bacterial diversity, however, was found in the drawer for detergents.

But the real surprise, even a bit paradoxical, was that, according to the researchers, the more often people washed hot, the greater the presence and diversity of bacteria in the tub. This is despite the fact that washing at high temperatures is recommended precisely as an effective remedy against germs.

To explain this apparent contradiction was the study coordinator, Prof. Dr. Markus Egert:

“Washing at 60 ° and above is still the best solution for laundry hygiene. However, heat radiation to other parts of the machine can promote the growth of germs ”.

As the researchers themselves concluded, the potential reasons and the hygienic relevance of this discovery will need to be evaluated in future studies.

Working in shifts makes you fat: a new confirmation ❯

add a comment of Washing at high temperatures (paradoxically) promotes the spread of bacteria in the washing machine. I study