UV-328: it is considered to ban this toxic additive present in some types of plastics 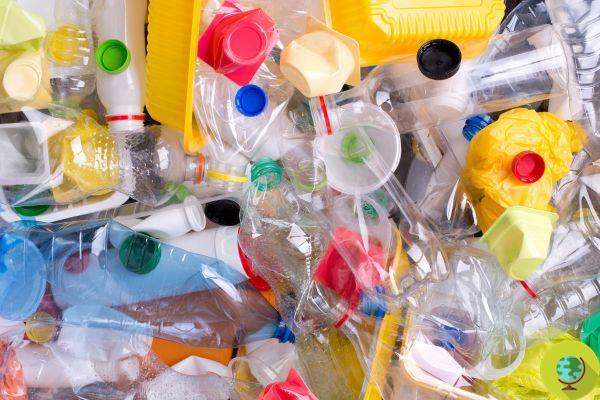 The Conference of the Parties to the Stockholm Convention in these days will consider whether to ban UV-328, a toxic plastic additive

The seventeenth meeting of the Persistent Organic Pollutants Review Committee (POPRC.17), the Persistent Organic Pollutants Review Committee, is taking place these days and we will discuss, among other things, a toxic additive present in plastics. We are talking about UV-328 which will have to be considered whether to ban or not.


The Committee has met since yesterday, January 24 (and until 28), in Geneva in Switzerland. Among the planned commitments there is also that of examining one draft risk profiles of UV-328 which, as recalled in a press release:

It is a ubiquitous additive high volume typically used as an ultraviolet (UV) stabilizer in plastic products such as some personal care products, rubber and coatings. UV-328 is found in the environment and biota, even in remote areas such as the Arctic and Pacific Ocean, far from its production and use. It has been found that UV-328 is carried and can subsequently be released by plastic debris, which is absorbed by seabirds for example with subsequent accumulation in their tissues and microplastics. In humans, UV-328 has been detected in breast milk.

On January 16, another meeting of the Committee concluded that UV-328 meets all the criteria set out in Annex D of the Stockholm Convention on Persistent Organic Pollutants (POPs), namely:

Having ascertained this, we have now moved on to the next phase of the revision by the Conference of the Parties (COP) of the Stockholm Convention, a global treaty that entered into force in 2004 which requires measures to be taken to eliminate or at least reduce the release of persistent organic pollutants (Pop ) in the environment.

The Conference, held in these days, will then be able to decide whether to envisage actions aimed at eliminating or reducing this additive from production and use, as well as the destruction of existing stocks and the management of POP waste.

Does using deodorants with aluminum and parabens increase the risk of breast cancer? ❯

add a comment of UV-328: it is considered to ban this toxic additive present in some types of plastics