UK versus EU: will continue to allow the use of titanium dioxide, despite being genotoxic 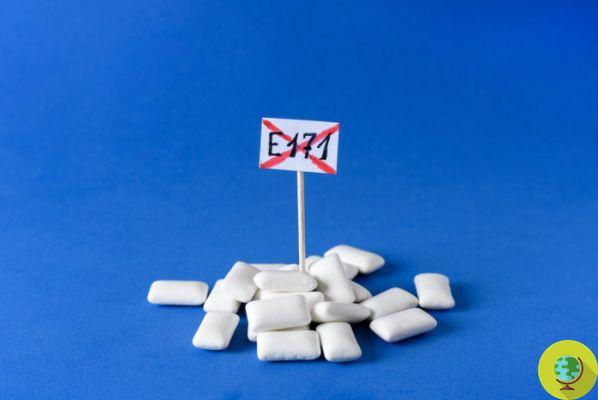 The British food safety agency has decreed the non-dangerousness of this chemical additive, still allowing its use - unlike that established by the European Commission.

In numerous articles we have told you about the titanium dioxide (E171), a chemical used as an additive and colorant in numerous industrial products intended for human consumption - from candy to broths to ready meals. After several studies that have demonstrated the danger of this whitening additive for human health (in particular, for DNA), the European Commission has finally decreed a ban on its use in the food and pharmaceutical industries starting from next July.


The United Kingdom, which is no longer part of the European Union, has expressed its disagreement with the EU decision and announced that the use of the E171 will continue in the manner regulated so far by the law. The British food safety agency (FSA) has in fact argued that scientific evidence is currently lacking on the toxicity of titanium dioxide for food use.

As specified in the FSA press release, approved chemical additives can only be used in certain foods and are subject to specific quantitative limits, to avoid health risks for consumers. The attitude of Northern Ireland is different, which adapts to EU legislation and has banned titanium dioxide since last February, however allowing a regulatory adjustment period of six months, as stated in the official note:

From 7 February 2022 the use of titanium dioxide (TiO2 - E171) as a food additive is no longer permitted in Northern Ireland, due to the application of the Northern Ireland Protocol […]. This regulation has been published with a transitional period of 6 months ending on 7 August 2022. Until the end of this transitional period, foods produced according to the rules applicable before 7 February 2022 can continue to be placed on the market. After 7 August 2022, food products containing TiO2 can no longer be placed on the market; however, foods already on the market will be able to remain on the market until their minimum storage or use date is reached.

add a comment of UK versus EU: will continue to allow the use of titanium dioxide, despite being genotoxic